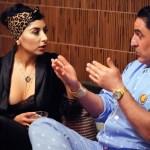 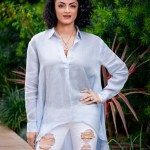 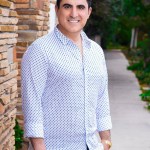 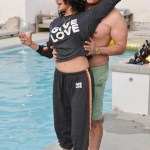 Reza Farahan, star of ‘Shahs of Sunset,’ spoke with HollywoodLife EXCLUSIVELY about his new diet.

Shahs of Sunset fan-favorite Reza Farahan, 45, has lost 50 pounds since the last season of his reality television show, and HollywoodLife spoke EXCLUSIVELY with the star to find out how he did it. “Honestly, it’s all the diet,” Reza revealed at the launch of Marie Westwood Magazine’s Summer Issue at the Waldorf Astoria Hotel in Beverly Hills on July 17, 2019. “So, I’m on a meal delivery system. We do, my husband and I, Adam [Neely, 34], we do catered. It’s pre-planned, it’s so easy. I went to a nutritionist, and so I knew how many calories I needed to eat to maintain my weight. It’s just like math. I don’t snack, and it’s hard but I like how I look in clothes so I keep doing it.”

“Honestly, it wasn’t something that I wanted to do,” Reza said about slimming his figure. “It just happened with the calories I was consuming, the cardio I was doing. It just happened and I loved it.” Reza said he would “love to” lose more weight. “But like at a certain point, I don’t want to just eat styrofoam and drink water so it’s all about balance.”

“It’s also really expensive because you have to buy all new clothes,” Reza continued about his weight loss. “So this is a custom suit, but literally I would bag up suits and shoes and take them out of the closet, and our running joke was that there are chunky queens going on job interviews wearing my suits that they custom made for me!”

He also said this has made him feel more confident in the bedroom with his husband. “It totally works. I mean, the more confident you feel about yourself, the more vava vroom you feel.” We’re so happy for Reza, and can’t wait to see him on the next season of his show!