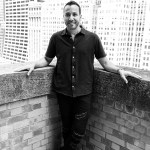 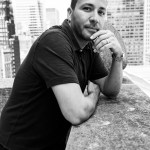 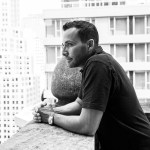 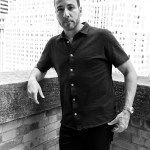 Backstreet Boys’ Howie D may be on the DNA World Tour with the guys, but he’s still slaying the solo game! The singer caught up with HollywoodLife for an EXCLUSIVE chat about his new record, Broadway dreams, & being a dad.

Howie D, 45, is best known as a member of the Backstreet Boys, but his solo music is not to be missed. The talented singer now juggles being a member of one of the biggest boy bands in the world with a budding solo career and his long-time bandmates have been supportive from day one, the singer tells us in an EXCLUSIVE interview. “When we were over in Europe, the release of ‘No Hablo Español’ came out and Nick [Carter] had heard it maybe like a week before and he was like ‘Dude, this is great stuff! I’m really blown away.'” Brian [Littrell] was into it, everyone was into it. They’re all really supportive of me,” he tells HL.

The singer’s new album, Which One Am I?, is a vibrant children’s record that serves as the ultimate ode to his family. Howie shares two kids, James, 10, and Holden, 6, with his wife Leigh, and knew this was the right time to make a family oriented record. “You know, It’s something that was never in the cards I thought when I first started Backstreet Boys. Twelve years ago… if you were to ask me, I would have been like ‘are you crazy?’ but we all grow up and I got married, I have a beautiful family, I have two boys, and when my oldest one, who’s now ten but when he was five,” he says in the interview.

For Howie, the album served as a way to re-connect with music, after struggling to do some following the birth of his first child. “I was trying to play with him and be an engaging father, especially when having free moments from Backstreet Boys, and well, I found it easy to watch movies with him…there were so many great movies. I found at the time I had a hard time connecting with the music out there. I didn’t understand it. I was looking out at our audience and a lot of our fans that were teenagers  like us have grown and have kids of their own and now bring their kids, so I was like, ‘there should be able to be music besides Backstreet Boys music that parents and kids can play. Or just even adults! I just wanted to make something that was fun. I call it a family because it’s a great bonding experience to have.”

The album may be a far departure from the BSB sound fans are used to hearing, but it’s still chock full of certified bops! “I was just over in Europe,” Howie recalls, “and I had a ton of adult fans that were listening and they were like, ‘that’s fun!’ It’s totally different than the Backstreet Boys. I wanted something that was lighthearted and campy.”

Apparently, Howie even passed the baton to his oldest son when it comes to having star quality. James would love to follow in his footsteps, the singer tells us! “Now, it’s great to see my oldest son create that passion and and follow in my footsteps because he’s got the bug now. He wants to be an entertainer and YouTuber, he’s got his own YouTube page! He loves it, he eats it up, the fans love him,” he tells HollywoodLife. “Like I said, I’d go to listening parties and Id’ bring him with me. His son even appeared in the music video for the album’s lead single, ‘No Hablo Español,’ alongside his mother. That was really cool to have three generations of my immediate family there, it was awesome. My mother is everything to me, she was my biggest supporter as a young kid, she saw I had a talent and a dream. I got really lucky,” he sweetly says.

One thing that may surprise Howie’s fans? He also has his eyes set on the Broadway stage! The crooner is currently cooking up a musical of his own where he will bring his album to life. While he’s not bringing it to New York City just yet, he definitely hopes to see the production hit Broadway one day. “That’s my ultimate goal. As a young kid, I always was into musical theater. I’ve always had a passion for it, I’ve always said I want to do something on Broadway. I got asked at one point to check out Rent and Hairspray, and had even auditioned to go on tour with the Jersey Boys, the touring group, but all three of those I just didn’t have the time to do them because of the Backstreet Boys’ scheduling. I’ve always said I wanted to do a run on Broadway,” he excitedly adds.
One thing’s for sure, Howie has a lot on his plate, but he’s handling his busy schedule with grace. “I’ve always been the type of person that just feeds off of working,” he says. “I really try to put my time in with my kids when I can. I put my time into Backstreets Boys, I put my time into my solo stuff, and I just surround myself with great people,” he adds.
Howie’s kids album, Which One Am I? is out now and the Backstreet Boys are currently on their DNA world tour. There’s “a lot of great things ahead!,” Howie teases.