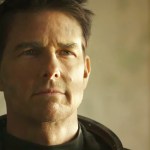 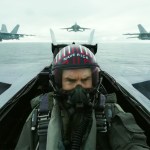 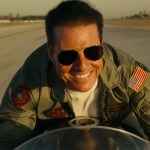 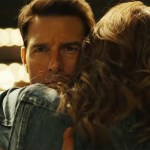 Maverick is back and feels the need for speed. Tom Cruise returns to the skies in ‘Top Gun: Maverick,’ and the first trailer for the highly-anticipated sequel was revealed at SDCC. The sequel is going to be the movie event of 2020.

Fans have been waiting over 30 years for Top Gun: Maverick. Tom Cruise, 57, returns to the iconic role of Captain Pete “Maverick” Mitchell in the highly-anticipated sequel. The sequel is set in the present day, and Maverick is now a flight instructor. He’ll be mentoring a new generation of pilots, including Bradley Bradshaw, the son of Maverick’s late partner and best friend Nick “Goose” Bradshaw (Anthony Edwards). With this being a Tom Cruise movie, you know there’s going to be a plethora of action. Well, the trailer didn’t disappoint. The Top Gun: Maverick trailer is the very definition of action.

“You should be at least a 2-star admiral by now. Yet here you are… Captain. Why is that?” Ed Harris’s character asks Maverick in the trailer. Maverick replies, “One of life’s mysteries, sir.” The trailer ends with Ed’s character saying, “The end is inevitable, Maverick. Your kind is headed for extinction.” Maverick’s not letting this guy have the last word. “Maybe so, sir. But not today.”

Miles Teller will be playing Bradley Bradshaw in the sequel. The role was one of the most sought-after roles in Hollywood, and the Whiplash star won out with his performance. Miles and Tom have been spotted on set working together over the past few months, and we can’t wait to see their dynamic in the sequel. “Miles and Tom have amazing chemistry on set, and they are clearly having a blast filming together,” a source close to Miles told HollywoodLife EXCLUSIVELY.

Val Kilmer will also be reprising his role as  Commander Tom “Iceman” Kazansky. The Batman Forever star confirmed the exciting news in July 2018. “Fanfare to follow: but I’m officially in the sequel to TOPGUN. I so looking forward to working with Tom, Joe and Jerry, all such unique pros,” he wrote on Facebook.