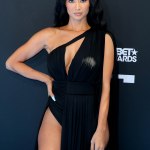 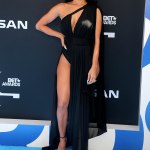 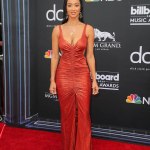 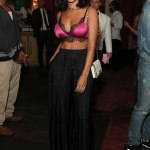 Just a couple of queens sunbathing! When a video surfaced of Draya & Megan Thee Stallion having a super steamy bikini shoot, the internet lost it after seeing how good they looked.

Draya, 34, & Megan Thee Stallion, 24, are a force to be reckoned with when they hit the pool together. A video clip of the two stars hanging out in their bikinis has hit the internet and well, it’s not for the fainthearted. The stunning ladies were seen striking a series of sexy poses as they kicked it in front of a scenic backdrop on July 16. They both proudly flaunted their curves, bending over to show off their plump behinds. As if that wasn’t steamy enough, Megan gave a provocative show by repeatedly sticking her tongue out towards the camera. Former Basketball Wives star Draya even lifted her leg up at one point, showing off her toned things and calf muscles.

While we’re used to seeing loads of sexy snaps from both stars this video was next level. Fans could not get over the spicy clip!  “I’m screaming 😭,” one fan wrote after watching. “Lol yea i almost fainted again,” another quipped. “Boa my sex drive is already high but this retrograde got my shit through the roof,” yet another said. Fans just couldn’t seem to tear their eyes away from the wild clip. “I need this video as my screensaver….like the whole video tho,” one commented.

Something tells us we’ll be seeing even more Instagram content from Draya very soon since she was whisked away for the trip of a lifetime with her bestie, Kylie Jenner, 21. Kylie enlisted several of her fellow girl bosses to help celebrate the launch of Kylie Skin in the Turks and Caicos. Kylie jet set away with Draya, Anastasia Karanikolaou, Yris Palmer, Sofia Richie and others — not to mention Travis Scott and baby Stormi.

Here’s the video of Megan Thee Stallion & Draya that we absolutely needed: pic.twitter.com/uTpH1qxjY9

Meanwhile, Megan is in the midst of filming a new movie. The star teased plans for a film inspired by her 2019 project with Fever: Thee Movie on July 14. While she has yet to announce a release date, our eyes are peeled!