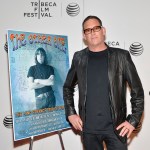 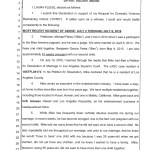 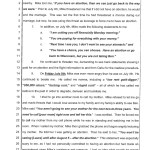 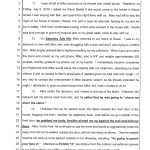 Mike Fleiss’ estranged wife, Laura, reportedly filed for an emergency domestic violence restraining order from the ‘Bachelor’ creator, but Mike is claiming that Laura was the one who attacked him and ‘lied.’

UPDATE 7/17/2019, 9:53pm ET: Mike Fleiss‘ wife Laura Fleiss‘ has asked a judge for full physical and legal custody of their 4-year-old son, according to legal documents obtained by The Blast. The documents also show that she is asking Mike to pay child and spousal support to her as well as all of her legal fees for the divorce. A copy of Laura’s restraining order was also attached to the filing by her legal team because there is a temporary order in place that keeps him away from both her and their son.

UPDATE 7/16/2019, 10:04pm ET: Nicole Marostica at Warner Bros. Worldwide Television Marketing responded to our request for comment. She told HollywoodLife, “We are aware of these serious allegations, and are looking into them.”

ORIGINAL: Bachelor and Bachelorette creator Mike Fleiss, 55, was hit with some pretty serious accusations by his estranged wife, Laura Fleiss (formerly Kaeppeler), 31. Laura, who was crowned Miss America in 2012, accused her husband of assault and of demanding her to undergo an abortion after becoming pregnant with their second child, according to documents which include a request for an emergency domestic violence restraining order that our sister publication Variety read. These documents came forward after Mike reportedly filed for divorce from Laura over “irreconcilable differences” after five years of marriage on July 9, according to The Blast. In the new documents, Laura laid out a vivid account of what happened leading up to the alleged attack on July 6, beginning with Mike’s alleged demand for an abortion on July 4.

“While we were at our house in Kauai, Mike demanded that I get an abortion. Our son Ben [four years old] was in the house, seated in another room nearby. Mike told me, ‘If you have an abortion, then we can just go back to the way we were,'” Laura wrote in the documents, and also accused Mike of saying that he’d “cut her off financially.” She then went into detail about how her husband allegedly assaulted her.

On July 6, during another alleged confrontation, Laura claimed that her husband “grabbed (her) body,” “forcibly pinned (her) up against the wall,” and then yelled and threatened to “punch her in the face.” The television showrunner later “forcefully shoved” Laura off the side of his truck, while she begged for her cellphone that her husband allegedly took. HollywoodLife has reached out to Laura and Mike’s reps for comment in addition to ABC, but did not hear back at the time of publication.

The law firms representing Laura (Spector Law and Meyer Olson Lowy & Meyers) also provided a photo of Laura’s arm to Variety, which appeared to be covered in bruises. While this is the first time Laura has accused the Bachelor creator of physical abuse, she also accused Mike of subjecting her to verbal abuse during their marriage in the new court documents.

Mike, meanwhile, has denied all these accusations in court documents that The Blast has read. He even flipped the allegations on Laura, and accused her of attacking him and disappearing with their son, Ben, after the fight. Mike claimed that they both agreed to not have a second child, and Laura allegedly told him she was on birth control. However, Mike learned about the pregnancy on Father’s Day (June 21). At the time, Laura allegedly said that the pill isn’t always effective, but Mike learned by July 3 that she was allegedly “never” on birth control and had “lied.” Mike supplied alleged text messages from Laura in which she apologizes about the surprise pregnancy, which The Blast published.