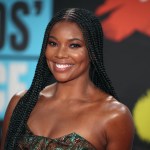 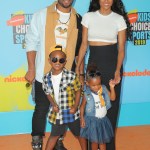 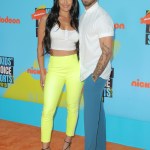 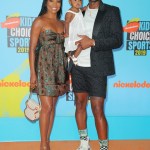 Nikki Bella and Artem Chigvintsev just attended their first red carpet event as a couple at the Kids’ Choice Sports Awards, but they already entertained the idea of sharing last names!

About time! Nikki Bella, 35, and her new beau/former Dancing with the Stars partner Arem Chigvintsev, 37, hit their first red carpet as a couple at the 2019 Kids’ Choice Sports Awards in Los Angeles on July 11. Well, it was technically an orange carpet, which Nikki walked as a nominee for the show’s “Queen Of Swag” award. HollywoodLife caught up with the lovers to chat about the future of their relationship and Nikki’s endearing difficulty with pronouncing Artem’s last name! On the suggestion that Artem instead take Nikki’s last name should they make this romance official with marriage, Nikki enthusiastically replied, “Yeah be a Bella…Artem Bella. I like that!” Artem’s thoughts? “I don’t know, I got to stick to my roots!” the dancer told us, laughing. Nikki chimed in, “His Russian side would be too upset! Well that is your full side!”

Artem then joked that he “would obviously date Nikki,” after the couple playfully dodged official “boyfriend/girlfriend” labels earlier in our chat. When HollywoodLife asked if they could DTR their romance, Nikki did say that she and her sister Brie “kind of talk about it” on next week’s episode of The Bellas Podcast. The Total Bellas star even admitted that they “have been asked about that a lot,” in regards to whether or not she and Artem are officially dating.

Instead of a concrete answer, you’re best off studying their body language for now!  Artem and Nikki also recalled a dance they filmed two weeks ago, which will be uploaded to their YouTube channel. “[Artem] created a legit choreography to mime it to everyone what we are! I mean there was even ground work on that! It was tough,” Nikki explained. Well, miming is certainly one way to tell the world about your relationship status!

Anyways, labels are just labels, and names are just names. Whatever Nikki and Artem refer to one another as, we know their romance is sizzling as seen in the March finale of Total Bellas. “I’m ready to really explore new things and people and just really see what certain chemistries are all about,” Nikki said on her show, before Artem proceeded to whisk the WWE star off on his motorcycle. It was the first time the pair confirmed that they’re indeed dating (or at least enjoying a fling), and Nikki even literally jumped into Artem’s arms during an afternoon outing in LA on June 25. Actions speak louder than words!