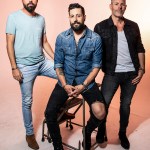 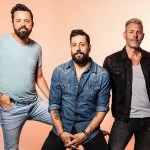 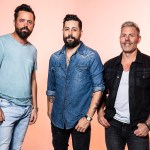 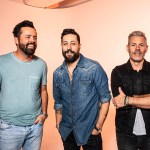 Old Dominion told HL what fans can expect on their upcoming, self-titled album, and we’re so excited!

Old Dominion has a way of putting emotions, situations and senses into words that you never realized could be described in such a way (I mean, ‘I just want to roll around with you like a beer can in a truck bed?!” Come on!) Now, after announcing their upcoming self-titled album, group members Matthew Ramsey, Trevor Rosen and Brad Tursi revealed to HollywoodLife.com what we can expect come the Oct. 25 release date! “I would say that some of the writing on this album is a lot more…personal!” Matthew hinted in an EXCLUSIVE interview. “I think there’s a lot more from our lives, specifically, that made it onto this album. The first album we made, we were looking for well-crafted hit songs, and I think we’re always going to do that, but you start to just feel a little bit more freedom to talk about yourself and you realize that’s actually what people want to hear — to hear you talk about your life because that helps them identify — so it’s definitely a little bit more personal than the last two have been.”

Brad also revealed that, different from before, the album will feature “some really slow, sad ballads.” “It goes into some different sounds and different territories than we’ve done, and it’s always a good thing, I hope we always do that,” he said. “I always talk about stretching what it means to be an Old Dominion song when you do something that sounds a little different than what you’ve done before, then it kind of widens the field of what we can do on our next album after that.”

The first single from the album will be their already hit song “One Man Band,” which has been streamed more than 40 million times! “We were on the bus one day and there was somebody from a radio station there, and right before he left he said something about a one man band… and I went ‘That’s a cool title, we’ve got to write that!” Matthew recalled. “We were literally about to walk on stage, and singing ‘I don’t wanna be a one man band,’ into the phone, thinking this would be a cool love song to say I don’t want to be alone in this world.'” And therein lies the proof that Old Dominion has an unbelievable way with words.

“It’s being aware and being on guard, constantly having that radar up,” Trevor explained their songwriting process. “You’re able to take an idea, a title, and figure out how to make it cool.” Keep your ears open for “One Man Band” on the radio, and get ready for Old Dominion’s new album, out October 25!