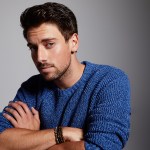 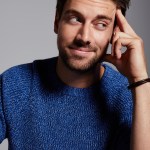 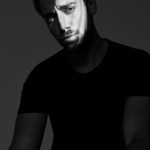 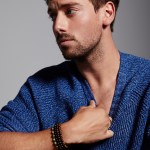 ‘Grand Hotel’ is in full swing and there are so many questions that need to be answered. HL spoke EXCLUSIVELY with Lincoln Younes about Danny’s intentions, his secrets, and his ‘forbidden romance’ with Alicia.

Grand Hotel is one of the biggest TV hits of the summer. This sexy and fun drama, which airs Mondays on ABC, is full of mystery and intrigue. Lincoln Younes, 27, stars as Danny, a new waiter at the Riviera Grand Hotel. But he’s come to the hotel for a more important reason — he’s investigating the disappearance of his sister, who also worked at the hotel. Danny is quite the enigma because you’re still not sure what his intentions are.

Lincoln sat down with HollywoodLife to talk about what’s ahead on Grand Hotel. He teased that Danny is going to get some blasts from the past that will stir things up a bit. Lincoln noted that Danny is determined to get “closure” and “clarity” about what happened to his sister because he “feels partly responsible.” Even though he’s been hiding the true reason why he’s at the Riviera Grand from everyone, Lincoln believes that Danny and Alicia have a “sincere connection.” He teased that the “tension” between them builds to a “breaking point” this season.

There’s clearly a strong connection between Danny and Alicia. What can you tease about where their relationship is going to go?
Lincoln Younes: I can tell you that it is very much a forbidden romance. He was told in no uncertain words, not to fraternize with any of the staff or guests, and he ignored that very quickly. But there is a spark between them that’s inevitable, and every single episode I think part of the fun of watching and part of the fun of playing these characters, is building that tension. A lot of shows they meet, they kiss, and it’s all done and dusted in like one or two episodes. But this builds, so you’re rooting for them. You want them to get together, but they have their own priorities and their own motivations, which are complicating things. That tension builds to a breaking point, and then what they do from there is… You’ll have to wait and see.

What do you love the most about their dynamic?
Lincoln Younes: I love that they’re both strong and empowered characters. Alicia went to business school. She’s back and wants to run the hotel. She has all these ambitions. She’s incredibly intelligent and savvy. Danny is there to obviously find his sister, and he might be playing everyone. We’re not quite sure, but at the core of it, they feel like they have this connection. As much as their ambitions feel like their priority, they’re feelings take over I think after a while. But the interesting thing more than anything for me is watching and trying to figure out whether he is manipulating Alicia to get what he wants or whether it’s genuine. That’s the tricky subject throughout the show.

Danny came to the Riviera Grand to find out what happened to his sister. How pure are his intentions with Alicia?
Lincoln Younes: I think that’s part of the fun of Grand Hotel, just figuring out the purity of his actions, I think there’s a lot of scenes where Danny seems very genuine, and then Alicia walks away, and it’s like the mask comes off and he really focuses on what he needs and what he wants. But I do think there is a sincere connection between them, as much as he might be fighting it and she might be fighting it. They’re my favorite romance to watch on screen, the inevitability of two worlds that aren’t meant to be together in a lot of ways falling in love and trying to figure it out.

Do you think there’s any part of him that’s using her to get closer to the truth?
Lincoln Younes: I think, again, that’s part of the duality of Danny. You don’t know whether he’s completely sincere, manipulating her, or if it’s somewhere in between. I think to say in certain terms what he’s doing would take away the fun of watching, so I think you’re going to have to wait and see.

How far is Danny willing to go to get the truth about his sister?
Lincoln Younes: He’s willing to go pretty far. That’s the reason he’s there. His sister was his favorite person in the world. He loves her more than anyone. Whatever happened to her, there’s a lot of sketchy circumstances surrounding it. He wants clarity, he wants closure, and he misses her. He feels partly responsible because the way they grew up was not conventional, let’s say. He was always looking out for her, so he feels like her disappearance is partly due to him and not being there for her. So he’s got a lot of things he needs to solve in himself, and he needs to figure out what happened and needs to find her.

At the end of episode three, someone broke into Sky’s room. What can you tease about where the Sky mystery goes from here?
Lincoln Younes: Someone does break into Sky’s room and steals something. It’s part of a long list of things that unravel in the show that have to do with Sky. Every character is involved in some way in her disappearance. Everyone is complicit in a way. I think each episode a little piece is revealed, which builds up to a finale, and you will get clarity about her. There is a payoff for the waiting and the mystery. But what is stolen is integral to finding out what happened to her.

Jason now knows about why Danny is really at the Riviera Grand. Do you think Danny can truly trust Jason?
Lincoln Younes: I think he can see the integrity in Jason’s character, and I think by pure circumstance and necessity in a way he has to tell, he has to confide in someone at the hotel because he can’t do it alone. There’s just too much information. There are too many variables, and so he places his trust in Jason. That creates a kind of unlikely but amazing kind of romance in that buddy-cop kind of relationship moving forward. I think it’s a lot of fun watching them solve it together. But I think he hopes that he can trust Jason because he’s trusting him.

What stood out about the role of Danny in the show that made you want to be a part of it so badly?
Lincoln Younes: For me, I would say I love characters with depth. With Danny, there is that duality where you’re never quite sure if he’s sincere or not, and each episode changes the way the audience might see Danny. There’s a little piece that will be revealed that possibly changes the integrity or the morals of him, and it’s messy. He’s messy. He’s efficient in a lot of ways. He’s very physically capable. He has a skill set, which might be unexpected, but there’s also a messiness in a grounded way. He’s just looking for his sister, you know. I like that. I don’t like watching characters that are so efficient, and perfect, and meticulous, that they never make mistakes. He makes a lot of mistakes, as any normal human would, but it’s the way he deals with those circumstances that are really interesting to me. It was a lot of fun to play, and he has this amazing arc where he starts one way and finishes in a completely different way, and each episode his relationship with different characters alters the way he carries himself in the hotel.