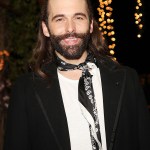 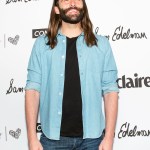 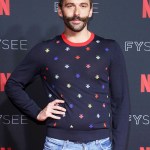 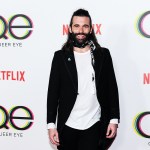 A friendly one-time smooch or something more? That’s the question fans are asking after Jonathan & Antoni of ‘Queer Eye’ locked lips on Instagram!

Well, that’s one way to get in the holiday spirit! Antoni Porowski, 35, and Jonathan Van Ness, 32, celebrated the July 4th holiday with a sweet smooch — with each other! Yep, the two Queer Eye co-stars were seen locking lips in an Instagram post that day and it had fans shipping them together as a couple. “I guess Amurica’s birthday’s our anniversary, babe. ❤️,” Antoni captioned his post of the kiss.

Not so fast though — it looks like the two comedians may have just been pulling our leg. A day later, Jonathan shared yet another photo with his co-star and assured fans they were just joking around. “It was all Antoni’s idea 🏳️‍🌈 but maybe someday we will fall in love @antoni #notacouplebutitwasfunright,” he wrote, making it clear that they aren’t actually an item.

However, that didn’t stop fans from begging them to spark up a romance in real life. “WELL PLAYED but next time maybe for reals? 😏😏,” one fan questioned. “WHY YOU GOTTA PLAY US LIKE THAT 😭😭😭,” another wrote in a comment. I’m suing you both for intentional infliction of emotional distress,” one fan even joked. All in all — fans were pretty bummed out the pair aren’t a couple IRL. “Not mad just disappointed,” one comment read.

Alright — Jonathan and Antoni might still be just friends, but they haven’t completely ruled a future out! Jonathan did say “maybe someday” after all.