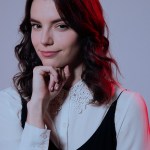 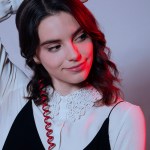 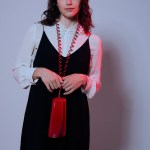 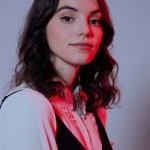 ‘Stranger Things’ season 3 is going to feature some new faces and one of them is Francesca Reale. She spoke with HL EXCLUSIVELY about taking on the role of Heather, being the new kid on the block, and more.

The highly-anticipated third season of Stranger Things drops July 4. Francesca Reale, 24, will be making her debut as Heather, a lifeguard at the Hawkins community pool, in the new episodes. While she couldn’t say too much about her character’s storyline since season 3 secrets are being kept under lock and key, Francesca did tease to HollywoodLife EXCLUSIVELY that Heather “gets tied into a dark, dark mystery that takes place in Hawkins this summer.” Season 3 marks a new chapter in everyone’s lives as the kids start to grow up before our eyes. “It’s very much an outside show now, whereas a lot of the first and second season was very insular,” Francesca said. “It was inside the house, it was in the Upside Down. It’s like we’re expanding a little bit, which I love. And everyone’s growing up. They’re in a different chapter in their lives. The kids are now in their teen years and Jonathan and Nancy are getting a job at a newspaper and everyone’s in their summer job mode, everyone’s working, everyone’s moving into a new chapter of life.”

Francesca’s audition for Heather included an iconic horror scene that wasn’t from Stranger Things. “It was actually from Scream, the famous scene with Drew Barrymore,” Francesca revealed. “One of my best friends back home in LA and I were like, ‘Oh my god, it’s raining out. We can make this really elaborate tape where I have a rotary phone and popcorn and I play out the scene.’ We did that because we wanted to make a really, really famous scene original. I got called in by casting for a callback and they were like, ‘You’re hired.'” Francesca also noted that she had initially gone in for the role of Robin, who will be played by Maya Hawke, 20.

Stranger Things has one of the strongest fanbases of any television show. Francesca opened up about becoming a part of a well-established universe that’s beloved by millions of fans. “It was really nerve-wracking,” Francesca admitted. “I was really scared. Luckily, they had really planned my travel accordingly. I literally just got off this early morning flight, went to all these fittings, completely passed out, and then woke up at like 5 a.m. the next day to start work. So I was a little delirious, which was helpful. But I was really nervous. I was on a show for two years and you build a little family, you build a hub. Being the new person coming in, you never want to feel like you’re stepping on anyone’s toes. But I was lucky because I was already friends with a few members of the cast and everyone was so nice and so welcoming. We’re all at this pool in the middle of the summer in Atlanta just bonding over how we were all going to die of a heat stroke. It was really easy at the end of the day. But initially, I was terrified.”

Francesca will admit that she was late to the Stranger Things train. “I started a while after the first season had already been out, pretty close to when the second season was coming out and then I just binged and got addicted to the entire universe, all the characters, and I was hooked,” Francesca said. Her favorite character is none other than Mr. Clarke. “I never had a great science teacher growing up in the public school system in California, so I was obsessed with the gentleman who plays Mr. Clarke,” she gushed. “He was my favorite in season one and I was so excited when they brought him back. He has these small parts but I thought he was the most memorable. Obviously, I love every other character as well. He’s my favorite though. No one talks about him and he’s awesome. He’s the reason these kids figure out, in the first season, how there are multiple universes. He’s a genius and no one’s recognizing it. I love the rest of the cast as well. They all work so well together.”

Since this season is set in the summer of 1985, Francesca had quite the hair transformation to play Heather. “Heather has big hair, that’s just filled with hairspray,” she said. “If someone were to put a lighter near Heather, I think she would just blow up. It’s intense. Heather’s look is outrageous, but my favorite look and the look that they chose to show in the trailer, is her bathing suit. Her very Baywatch, Sandlot, 1980s red lifeguard suit. It’s very traditional. It’s very high cut. It looked so tiny on the rack and then it fit that way. I was like, ‘Wow, Francesca, we’re signing up for a gym membership immediately.'” All 8 episodes of Stranger Things 3 will be released July 4 on Netflix.