Andy Cohen, 51, told HollywoodLife EXCLUSIVELY that producers will definitely “add someone else” to the cast of The Real Housewives of Beverly Hills, in light of Lisa Vanderpump‘s recent exit from the series. And when we pressed him to give us more details on who that person might be, he told us that he’d “love” for it to be none other than Bravo super-fan Chrissy Teigen, 33. “Oh, I’d love it,” the Real Housewives executive producer said, when we told him that fans online are petitioning for this to happen. “Oh, my god, I’d love it. She’s a gold mine,” he added. Of course, Andy neither confirmed nor denied that such a plan was in the works, but we’re crossing our fingers and hoping it happens.

Either way, Andy said the show will indeed go in “new directions”, following Lisa’s exit. “She obviously has been such an integral part of the show since the beginning. There’s no replacing her, but we have a team of all-stars on the show. I mean, if you look at that cast, it’s a powerhouse group. So I’m excited to see where it goes.” And while Andy is hoping that Lisa will return to the show — at some point in the not too distant future — he’s not exactly holding his breath either.

“I mean, the door will be open if she ever wants to come back,” he said. “I don’t think she’ll be back at any time soon … [But] I mean, look, NeNe [Leakes] left [RHOA] for a bit. Bethenny [Frankel] left [RHONY] for a bit. You know, people come and go and they both came back, so hopefully Lisa will come back.” 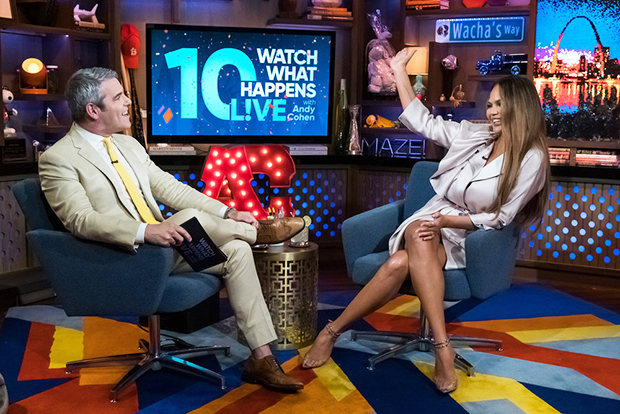 Andy shared this exclusive info with HollywoodLife, while discussing his recent partnership with Autotrader. After recently becoming a father to his son, Benjamin, in Feb. 2019, Andy’s life became even busier. And his partnership with Autotrader for their list of Best New Cars for 2019 helps consumers find the best vehicle that suits their own busy lifestyles. When talking about the partnership, Andy said, “It happened at a perfect time because Autotrader is the go to resource for car shoppers with the largest selection of vehicles. And they came out with this Best New Cars 2019 list and I was like, ‘Perfect! I need an SUV. Let’s do this together.’ And they helped me find a great SUV. And I love it now, which I never thought that I would be an SUV guy. So it’s actually worked out perfectly in every level. I don’t do partnerships that aren’t organic. And this one is.”