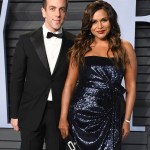 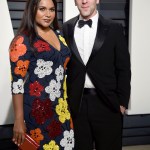 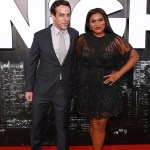 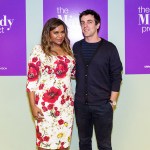 A new pic that B.J. Novak posted from Mindy Kaling’s birthday party has fans convinced again that they’re secretly together. Just look at how he looks at her!

What a tumultuous day for fans of The Office. Hours after the news broke on June 25 that NBC would be pulling the beloved sitcom from Netflix for their own streaming service, fans got a little solace in some quality Kelly and Ryan content. B.J. Novak posted an adorable pic from best friend Mindy Kaling‘s 40th birthday party that showed them sitting at a table while she proudly holds up a cake that shows her… holding up a cake! The cake’s cute and all, but fans are focused on B.J., because the actor is basically beaming as he looks at Mindy, and not the camera.

Mindy and B.J. started dating around 2005, while they were still playing on-again, off-again couple Kelly Kapoor and Ryan Howard on The Office. But they’ve long since broken up, and remained best friends through thick and thin. Fans are convinced that they’re dating on the down low, however, after seeing them together at events like the 2018 Oscars and the Met Gala. This pic of them celebrating Mindy’s birthday at the San Vicente Bungalows in Hollywood has fans in a frenzy again. “Is this proof enough yet?” one fan commented. “You two belong together,” wrote another, really trying to make this happen. “Aaahhhh you guys are meant to be 😭,” a fan also commented, with someone chiming in, “The way Ryan looks at her. :D… get someone who looks at you the way Ryan looks at Kelly.” Aww!

“But mostly, people doled out The Office quotes to get their point across. Like writing, “We Belong Together.. Ryan” referencing Kelly’s terrible karaoke ad-lib of the Pat Benatar song during a 2006 episode. They also referenced Ryan’s half-hearted proposal to Kelly, after years of fighting and getting back together, when he finds out she’s in love with someone else: “I want to marry you, Kelly Kapoor. Maybe not today, maybe not tomorrow, but someday and probably.”

Well, it worked out, at least. As The Office fans know, the series ended with Kelly and Ryan running off together. Will we finally find out if the same thing happens for Mindy and B.J.?