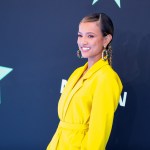 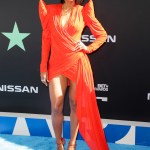 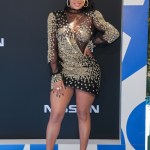 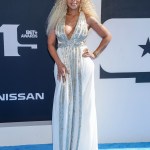 Put your lighters up because Lil’ Kim brought down the house during the 2019 BET Awards, when she showed up wearing a futuristic outfit before performing on stage.

Lil’ Kim, 44, proved she’s ageless when she attended the 2019 BET Awards on June 23 and walked the red carpet in a hip, futuristic jacket with a matching dress as she waved to photographers. The rap icon also performed during Mary J. Blige‘s tribute performance, which featured a ton of celebrity cameos, including Lil’ Kim’s. It was during the song, “I Can Love You”, that Lil’ Kim jumped out on stage in a red leather dominatrix-style minidress and rapped her butt off. And like us, the crowd went wild!

Lil’ Kim was also there to promote her upcoming new reality show, Girls Cruise. The show, which will premiere in July on VH1, according to The Wrap, will also star Chilli from TLC, as well as pop star Mýa, Pretty Vee and B. Simone of MTV’s Wild N’ Out, as well as their longtime best friends, Tiffany and Char. According to the network, “As they travel through the Caribbean, the crew hits the high seas on an epic journey filled with hilarious adventures, emotional breakthroughs and spicy romances as they cultivate bonds and unapologetically live their best lives.”

Sounds wild, right? Almost as wild as Lil’ Kim’s two looks at the BET Awards. Along with her amazing jacket and dress, Lil’ Kim accessorized her first look with a messy updo, fingerless leather gloves, a basketball purse and stiletto heels. No matter how many carpets Lil’ Kim has walked throughout her career, she still manages to surprise us. And we mean that in the best way possible. Didn’t she look amazing in BOTH of her outfits? See them below.

Other stars who attended the show and walked the carpet include, Lena Waithe, Taraji P. Henson, Yara Shahidi, Cardi B, Lizzo, and more! The 2019 BET Awards were the place to be in Hollywood on June 23, as evidenced by the amazing red carpet photos in our gallery above.