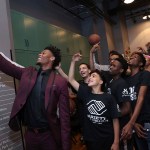 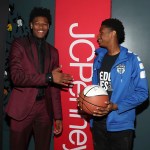 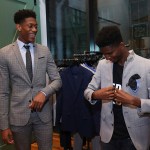 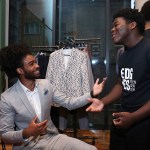 This made us feel old! The 2019 NBA draftees mixed up their iconic girl groups from the early 2000’s and we’re embarrassed on their behalf.

The 2019 NBA draftees made a cute video in which they played “Name the 90’s,” which proved difficult for the athletes born in 1999 and 2000. Brand new NBA players Coby White, 19, Rui Hachimura, 21, and Jarrett Culver, 20, and more introduced themselves along with their birth year in the new video. The players had to guess what each image from the ’90s was called.

The young men couldn’t guess what the Super Nintendo game was, when the gaming devices came up. Which fine, we’ll let that one pass. But what we – and many Twitter users couldn’t get behind? The players couldn’t differentiate iconic girl groups Cheetah Girls and Destiny’s Child!

When a picture of Destiny’s Child came up, the players were lost. “‘Spicy Girls?'” Rui guessed, mixing up the American R&B group with the British pop group Spice Girls. Coby guessed “Beyoncé’s Sisters,” which seemed like a bit of a burn to the other members of Destiny’s Child. And the worst offending guess? “Cheetah Girls.” Come on guys, know your girl groups!

We took "Name the 90's" to the #NBADraft and these NBA players are WAY younger than you thought 😂 pic.twitter.com/e4aJ5hkag0

We weren’t the only ones sort of offended by the mix-up. Twitter reacted to the video, showing their disapproval at the young men for not knowing Destiny’s Child from the Cheetah Girls! Academy Award nominee Ava Duvernay, 46, replied with a simple gif showing her absolute shock. Another user said, “Omg they knew good burger but not destinys child or OutKast what on earth.” Another person replied, “Cheetah Girls or something? Beyhive gonna boo him at all home games all season.”

But one user gave Rui a pass – since he grew up on the other side of the world, in Japan! “How would rui [know] some of these,” the person said. “He grew up in japan lmao.” We guess we can let him slide. But the others? Learn your pop culture history, please!