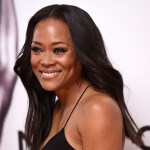 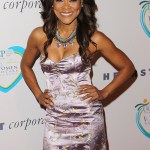 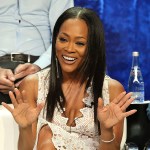 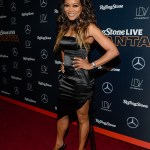 The cast of ‘Riverdale’ was absolutely rocked with the death of Luke Perry. Robin Givens recalls her last memory of Luke on the HL podcast.

It’s hard to believe that it has been three months since Luke Perry died at the age of 52 following a massive stroke. His cast of Riverdale, in which he played the beloved Fred Andrews, has been privately mourning the loss, while also trying to figure out the direction of the show without one of their own. Robin Givens, who portrays Mayor McCoy in the CW show, spoke EXCLUSIVELY on the HollywoodLife Podcast about the tremendous loss. “My last time with Luke, I was doing Riverdale and The Fix, and I was flying back and forth, and then I got Ambitions, and I had to get on the red eye from Vancouver to fly to Atlanta where we shoot. So, I had to film my Riverdale parts first, because I had to make a flight,” Robin recalled. “Luke was like, ‘Okay. Okay. Everybody on this side,’ just in terms of blocking. ‘Let’s shoot Robin’s close ups. She’s got to get the flight'” And he said, ‘You got the light going?’ And then, you say goodbye to somebody, and you never know what’s going to happen.”

The actress, who was made famous on the ABC sitcom Head of the Class, remembered receiving the horrible call that alerted her Luke was not okay. “It was quite difficult,” she admitted. “Everybody just banded together.” Robin added that she isn’t sure how Riverdale will handle Luke’s death, but said that it’s still very hard to “wrap your mind around it.” “Mortality… the fact that someone’s here, and then they’re not,” she said. “Luke and I always stayed in the same hotel. We’d take rides home from the studio together, and talk politics more than you could imagine, and talk about our kids more than you could imagine. And we’d just walk and talk.”

Before she returns to Vancouver to film to next season of Riverdale, Robin is promoting her latest television venture, Ambitions. In the OWN Network show, that premiered on Tuesday, June 18, she plays badass lawyer Stephanie Carlisle Lancaster, who is the wife of Atlanta Mayor Evan Lancaster.

“What can I say about this show? I mean, I’ve used the word delicious. I’ve heard yummy. Oprah says salacious. It’s all of those. Scintillating!” Robin said of the Will Packer show. “I play Stephanie Carlisle Lancaster. She likes to include her maiden name because her family is part of her legacy that she kind of doesn’t want to give up, and she has high ambitions for this man she married to become the governor of Georgia someday!”

Tune in every Tuesday at 10 PM ET on the OWN channel to watch Robin as Stephanie Carlisle Lancaster in the sexy and dramatic show, Ambitions.