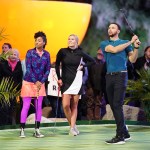 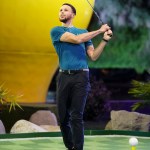 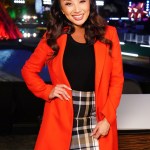 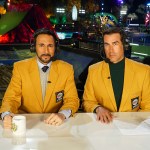 Holey Moley premieres June 20 on ABC. The 10-episode mini golf competition series will showcase mini golf lovers from around the country as they compete head-to-head through an epic obstacle golf course. HollywoodLife sat down EXCLUSIVELY with Jeannie Mai, who is a sideline correspondent on the show, to talk all things Holey Moley. “It is the craziest, wildest, most unforgettable experience of miniature golf,” Jeannie told HollywoodLife at ABC’s summer press day. “I never thought miniature golf would be something I’d host today or be a correspondent for, but there I was, standing on the most epic course of all time. You couldn’t even imagine it if you tried. More people than I ever figured would be that much of a fanatic of miniature golf coming to compete for $25,000 and some bragging rights. It was the coolest experience of my life.”

Over the course of each episode, the 12 contestants will put their skills to the test and face off in never-before-seen challenges on a supersized miniature golf course. Golden State Warriors star Stephen Curry will serve as executive producer, resident golf pro of the Holey Moley course, and appear in every episode. Jeannie couldn’t say enough good things about the NBA player and his involvement with the show.

“He’s so cool,” Jeannie said. “You kind of forget he’s Steph Curry. He’s sitting there checking out the line, getting his swing ready. He had to do a really hard one to one with someone super unexpected that you’d have to actually go head to head with, but he played it like a champ. I didn’t know that he was that big of a golf fanatic until he was sitting there perfecting his swings. He’s one of those golf nerds where you’re like, ‘Are you really that much of a fanatic about this?’ and he really was.”