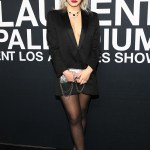 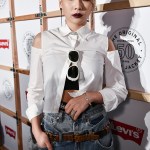 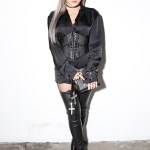 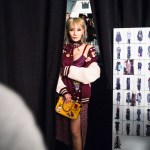 The former 2NE1 leader is now slaying the solo game! The singer is featured in a brand new track with PKCZ and famed DJ Afrojack & HollywoodLife learned why she loved making the track so much.

Cut it up! CL’s new video with Afrojack and PKCZ took the internet by storm, and HollywoodLife EXCLUSIVELY learned that the video was just as much fun to make as it was to watch. The K-pop queen and former 2NE1 member told us why she enjoyed making this collaboration so much. “I go way back with Verbal [from PKCZ] and this is our second collaboration together. I was excited to do something for my fans in Japan. I also enjoyed working with DJ Daruma and Makidai and learning how to use samurai sword for the video,” the singer told HL.

The hard-hitting video for “Cut It Up” portrays a high-intensity sword fight between the three artists and is sure to get your blood pumping. The viral video, which has now racked up over a million views on YouTube, even stars the actual cast and sword-choreographer (Tetsuro Shimaguchi) from the movie Kill Bill. Basically, it’s an adrenaline junkies dream come true!

These artists are truly unstoppable together, but this is hardly the only song these superstars have commanded attention with this year. In fact, earlier in 2019, HL caught up with Afrojack to hear all about another all-star collab with Rae Sremmurd and Stanaj, and his musical process. “No matter what the product or song, its gotta sound natural and real, and needs to have the same look,” the hit-maker said of his music. “I’ve been doing this for a minute and its still one of my biggest hobbies, but I’m in love with building new artists, producers, and putting them in the spotlight,” he told HollywoodLife.

Watch the new video from CL, Afrojack, and PKCZ above! These three artists are truly a force to be reckoned with.