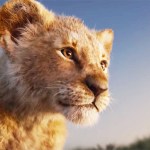 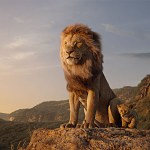 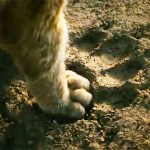 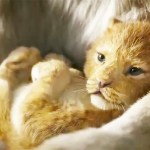 It’s here! A first listen of Beyonce & Donald Glover’s poignant rendition of ‘Can You Feel The Love Tonight’ has hit the internet & it has fans more excited than ever for the ‘Lion King’ live action film.

We already knew that a duet from Beyonce, 37, and Donald Glover, 35, would be something special, but we weren’t ready for this. A first listen clip of the two stars’ duet from the new Lion King film has hit the internet and it is STUNNING. In the short 30-second clip, the “Formation” songstress and Childish Gambino rapper are in perfect harmony and the song is sure to give you chills. Be the first to take a listen to it, above!

Of course, fans have been waiting with bated breath to take a listen to the track, and let’s just say they were not disappointed. Twitter was flooded with rave reviews from excited fans immediately after the clip hit the internet! “GOOD MORNING TO ONLY BEYONCÉ AND DONALD SINGING CAN YOU FEEL THE LOVE TONIGHT,” one person Tweeted after listening. “I think i just shed a tear. i cannot wait until #TheLionKing comes out. Beyoncé and Donald Glover are angelic,” one fan wrote in a post. “Donald and Beyonce singing “Can You Feel the Love Tonight” is pretty much everything I wanted from the new Lion King,” yet another said. Some even hoped that there is more music to come from the two collaborators! “I was today years old when I learned I needed a whole beyonce and donald glover album,” one hopeful fan wrote.

Beyonce is slated to be the voice of Nala in the forthcoming live action flick, and Donald will play the part of Simba. The Disney remake movie features quite the all-star cast. In addition to Beyonce and Donald, actors including Seth Rogen (Pumbaa), Chiwetel Ejiofor (Scar), Billy Eichner (Timon), John Oliver (Zazu), and James Earl Jones (Mufasa) are the voices behind the iconic animal characters. The live-action version comes 25 years after the original animated movie was released in 1994. The animated movie includes some classic Disney songs, and tunes like “Circle of Life” and “Hakuna Matata” will be featured in the live-action movie.

After hearing Beyonce and Donald’s gorgeous duet, we are SO ready to hear even more music from the new film! The movie is set to debut in theaters on July 19, 2019.