Rob Lowe and wife, Sheryl Berkoff sure know how to keep the spark after 27 years of marriage! The actor, 55, and the makeup artist turned jewelry designer, 57, looked more in love than ever while on the red carpet at the 59th annual Monte Carlo TV Festival on Tuesday. Rob kept his arm around Sheryl as they stared at one another with matching smiles.

Rob took to Instagram on the night of the event, where he shared a snap with his wife from the red carpet. “About Last Night… with MY nymph,” he captioned the photo, adding an emoji with heart eyes. Sheryl looked stunning in a sparkling mini dress with long sleeves, which featured layered fringe throughout. She wore gold open-toe stilettos.

Meanwhile, Rob looked handsome in a navy blue tuxedo with a black bowtie and matching collar. His white undershirt was a bright pop of color under his dark jacket. He kept his salt and pepper beard tamed with just a little bit of scruff for the paparazzi. See the couple’s full looks, below! 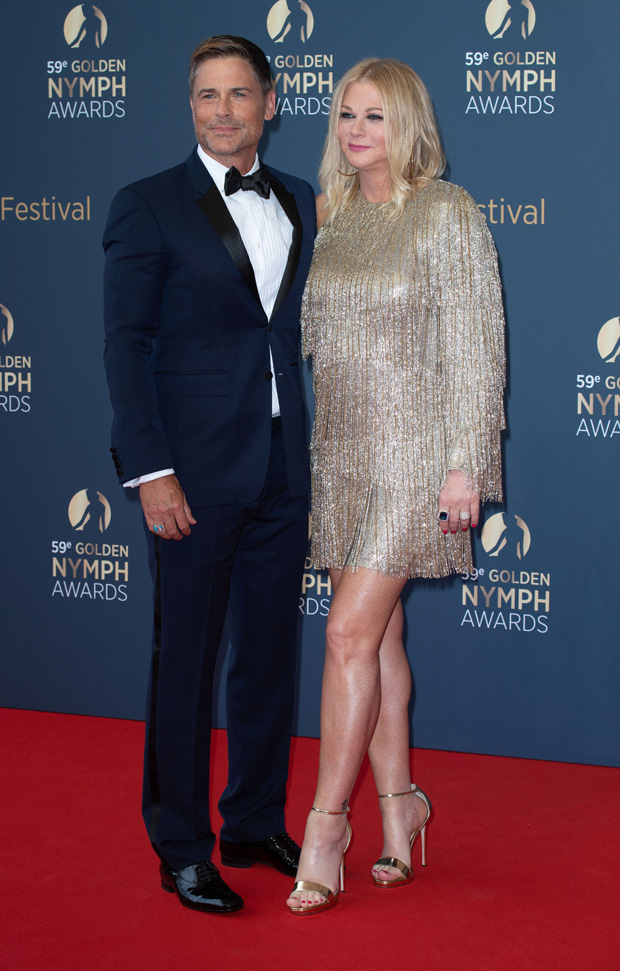 Rob and Sheryl have quite the love story. They met on what he’s said in past interviews was a “half blind” date back in 1983. They continued to briefly see each other after their first meeting, but nothing too serious came of the few dates they went on. That was because both Rob and Sheryl weren’t exactly ready for relationships at the time.

Fast-forward about seven years later and Rob and Sheryl would end up reuniting again, simply by chance. Sheryl ended up becoming Rob’s makeup artist on the set of his 1990 thriller, Bad Influence. And, the rest was pretty much history. The pair wed not long after their reunion on July 22, 1991.

Yes, their marriage has had its ups and downs — with Rob’s alcoholism and sex tape scandal — but, they survived the hardships. Now, Rob is 29 years sober. The couple shares sons Matthew, 26, and John, 24, together.