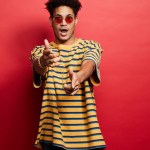 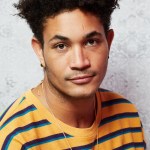 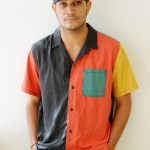 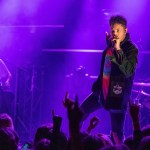 After an incredible performance on Jimmy Kimmel & a show-stopping set at the 2019 KTUphoria concert, Bryce Vine caught up with HL to dish on his debut album, working with YG, & his next big collab.

Singer/rapper Bryce Vine is ready to stake out his spot on the music A-list. The 31-year-old musician is already having his best year yet after hitting the stage on Jimmy Kimmel and then sharing the stage with The Chainsmokers, Ellie Goulding, Bebe Rexha and more at KTUphoria 2019. Now — he’s gearing up to release his debut album, and he told HollywoodLife all about that and much more in an EXCLUSIVE interview.

Fans got a first taste of Bryce’s debut album when he dropped “La La Land” with hip-hop heavyweight YG in April of 2019, and for Bryce — he wouldn’t have had anyone else on the track. “He was actually my first thought when I was thinking about getting a feature for the song because he represents a whole different side of California culture,” the singer told us. “So, we had tried to get to him but we didn’t know anyone who knew him, and somehow by the grace of God, he heard the song and he didn’t know anything about me really as an artist. So, he actually researched it and then decided to do the song,” the singer explained.

Now, with his full-length record due out later this summer, Bryce was sure to reveal what fans can expect. “There’s like 10 songs and I think fans will really like them,” the singer says. My favorite one…it’s not out yet, but it’s called “Love You and Hate Me” and another one called “San Junipero” that I wrote about an episode of Black Mirror.

With “La La Land” already out to the masses, Bryce has been making his rounds to play the smash live, and even landed himself on the Jimmy Kimmel stage. He didn’t go it alone though! The crooner enlisted Jack Barakat from All Time Low for a little help and fans loved to see the two musical worlds colliding.”That’s what I love to do,” Bryce said of the Kimmel performance. “I grew up on everything, listening to all different kinds of music and a big part of my influence was punk. So, I listened to all the Warped Tour bands and All Time Low was kind of like a staple in that genre. We have a bunch of friends in common, but I think one of my friends is friends with his manager and got ahold of him that way, but he was super cool and super down to do it and came to the rehearsals. He was just like a pleasure to work with!”

Bryce initially saw massive success with his smash “Drew Barrymore” and a year after its release, he admits the didn’t even realize the song would be such a pivotal moment in his career. “I mean, you hope. I knew it was good. I knew it was a good song, which is why I made it the single. I released it independently in 2017 and then got signed. So, I hoped it was good but I could’ve never seen the impact that it would have on the crowds. When I hear them singing it, it’s unreal,” he tells HollywoodLife. “There’s nothing like it.”

Bryce’s debut record is set to arrive on July 26! Be sure to keep an eye out for the album, and his forthcoming collab with Loud Luxury — coming soon!