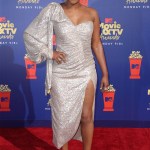 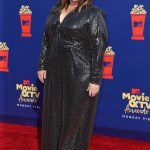 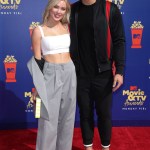 After winning an MTV Movie & TV award for her role in ‘Bird Box,’ Sandra Bullock confessed that she made the movie to show her son and daughter the power of ‘family’ and how her two kids ‘are my world.’

“Well, I would first like to thank Netflix for allowing us to make an educational video on the horrors of parenting!” Sandra Bullock, 54, said after accepting the MTV Movie & TV Award for “Most Frightened Performance” for her role in Bird Box. The legendary actress would credit her decision to make the critically acclaimed and award-winning role to her two children, 9-year-old son Louis and 7-year-old daughter Laila. “But seriously, I made Bird Box because my children asked me why I never made anything for them,” she continued. “So when Bird Box crossed my path, I knew this was a story I needed to make because it was about family. And when I finished the film, I went to my babies and I said, ‘Here, Mommy made this for you.”

“And even though you can’t see it until you are 21 because apparently a movie about being a mommy is a horror film, you will know when you see it that there isn’t anything I wouldn’t do for you,” Sandra continued.  “I wanted you to see what being a family looks like. That sometimes you’re born into a family, sometimes you need to go find it, sometimes it finds you. But no matter how it comes together, but when it does, family is what you fight for, family is what you protect, and what you saw in that movie is what your mommy will do for you!”

“And I know, like in the movie, sometimes it looks like mommy is unraveling but that is probably because you have pushed her to that place,” Sandra joked, before getting serious about the love she has for her two children. “But no matter what, you are my first thought in the morning, you are my last thought at night. I was put on this earth to protect you! You are my world, I love you so much. And I will move mountains to make sure you are safe.”

Is it too late for Sandra Bullock to adopt me?! #MTVAwards pic.twitter.com/Qx6sUB9Xbx

“When I was finished [filming Bird Box],” Sandra said, “my son looked at me with his big beautiful eyes, and he said, “Mommy, it was superhero movies that I was talking about. Those are the films you should be making! Superheroes are the ones doing the important work right now!’” Upon hearing this, Sandra joked that she “grounded” her son.

“So I would like to thank MTV and all of you who recognized my fear — thank you. Because it allowed me to be here tonight and bring my Marvel-loving and DC-loving son with me so that he may stand in the same room with real superheros like Wonder Woman, Captain Marvel, trailblazers like Jada Pinkett-Smith and I am sure he will notice that they are women just like his mom. Thank you,” she concluded to a roaring audience.

It’s been nearly ten years since Sandra became a “mommy,” as she adopted then-3-month-old Louis in 2010. She and then-husband Jesse James, 50, started the adoption process together four years earlier, but their marriage fell apart that year. After their separation and divorce, Sandra continued the adoption of Louis as a single parent. She announced in December 2015 that she had adopted a daughter. “Louis spearheaded this whole journey,” she told People at the time. “When I look at Laila, there’s not a doubt in my mind that she was supposed to be here. I can tell you, absolutely, the exact right children came to me at the exact right time.”