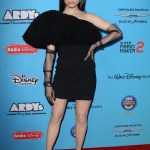 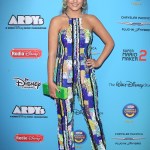 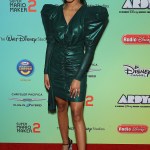 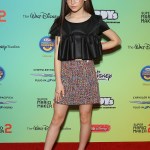 ‘Raven’s Home’ is back! Season 3 premieres June 17 and HL got EXCLUSIVE scoop from Navia Robinson, Sky Katz, and more about the upcoming episodes. Plus, they reveal more music is on the way!

Raven’s Home returns for all-new episodes starting June 17 at 8 p.m. on Disney Channel. HollywoodLife spoke EXCLUSIVELY with cast members Navia Robinson, Sky Katz, and Jason Maybaum at the 2019 ARDYs about what’s ahead in the highly-anticipated third season. “I can say that there will be new characters introduced, some plot holes that people have been curious about concerning people’s parents will be answered, such as Levi’s dad,” Navia, who plays Nia, told HollywoodLife. “We will see him. We will some of Tess’s family members, so just adding a little more to the family. Music is being brought back in season 3 as well.”

Sky teased that there’s no shortage of music in the third season. “We have a lot of new music coming,” Sky said. “We had a musical episode in season 2 that fans loved so much and we thought we would bring back some music and give the fans what they want!” Sky, who plays Tess, loves showcasing the cast’s musical chops on Raven’s Home. “I think we are all so talented in so many ways so it is cool to highlight all of that on the show,” she continued.

Booker, Nia, and Tess form a music group — The Chi-Lective — this season, with Levi as their music video director. Jason, who plays Levi, is very excited about The Chi-Lective. “I think a lot of people who want to have a music career and love music are going to love it,” Jason said.

Meanwhile, Raven is determined to launch her fashion line while Chelsea has found her niche as a life coach. Raven’s and Booker’s glimpses of the future continue to drive the madcap adventures for their lively household. Like mother, like son, they both see just enough to drive them to interfere with the anticipated outcome, which often leads to hilarious predicaments and mishaps at every corner.