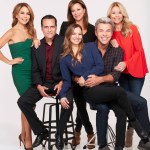 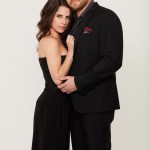 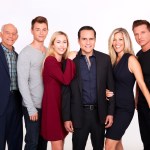 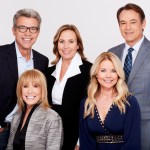 There’s a new Nina in town on ‘General Hospital.’ Cynthia Watros is taking over the role from Michelle Stafford and she opened up to reporters about talking with Michelle about the character and what’s to come.

Cynthia Watros will be making her highly-anticipated debut as the new Nina Reeves during the June 17 episode of General Hospital. She’s replacing Michelle Stafford, who originated the role in 2014. Michelle is returning to The Young & the Restless and reprising her role as Phyllis. At ABC’s Summer Press Day, Cynthia spoke to reporters, including HollywoodLife, about the role. She revealed that she had lunch with Michelle to discuss the character of Nina.

“I have to say, Michelle is an amazing, lovely, giving woman and just to be able to sit across from her and talk about Nina and talk about the show, I just was in awe of her generosity,” Cynthia said. “I will always be a fan of Michelle’s. She reached out to me and said if you ever want to call or text and I said, ‘Let’s have lunch!’ We spent about 3 hours just talking.” Back in May 2019, Cynthia posted a selfie with Michelle on Instagram and wrote, “I had the best afternoon with this beautiful soul.”

She also teased what’s ahead for the Nina this summer on the soap opera. “I get to play with this guy [Ingo Rademacher] a lot and Nina is trying to find a stronger role in the magazine and she’s really going to step up making that a success and her love for the magazine and trying to navigate her relationship with Jax,” Cynthia revealed.

I had the best afternoon with this beautiful soul❤️

Ingo recently returned to the role of Jax on the beloved daytime soap after 2 years away. Before his return to GH, he played Thorne Forrester on The Bold & The Beautiful. General Hospital airs weekdays at 3 p.m. on ABC.