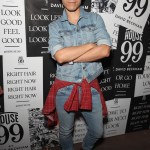 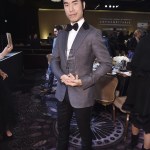 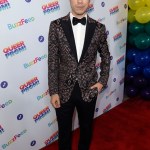 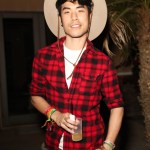 In a brave move during Pride Month, actor and YouTube star Eugene Lee Yang has come out as gay at the age of 33. We’ve got five things to know about him.

Actor and YouTube star Eugene Lee Yang, 33, has come out as gay and in an epic way. He’s a member of the popular YouTube group The Try Guys and on June 15 during Pride Month he posted a gorgeous music video as his coming out. Without uttering a word, he let his dance skills take him on a journey through coming out to an angry and upset father, being cast away by his church, turning away from a female dancer in favor of a male, finally coming out as who he really is only to become the victim of a vicious hate crime and finally by the end tuning out all of the noise and deciding to he himself. The gorgeous vid is set to the music of ODEZA which you can watch above and we’ve got five things to know about Eugene.

1. Eugene made the video because he wanted to tell his own personal story.

“I created this music video as my personal way of coming out as a proud gay man who has many unheard, specific stories to tell. I withheld because of fear and shame shaped by my background but I promise to give my full truth in the rest of my life’s work,” he wrote when posting the video.

2. Eugene was born and raised in Texas.

As a native of Pflugerville, Texas, he was the only son of Korean immigrant parents. He is the middle child, having a younger and older sister.

3. Eugene worked at Buzzfeed where he created short videos that went incredibly viral.

He started at the company’s video branch in 2013 and produced the 75 million viewed If Disney Princes Were Real,  as well as Women’s Ideal Body Types Throughout History which has 47 million views.

Eugene, along with Ned Fulmer, Keith Habersberger, and Zach Kornfeld, have created a popular YouTube show centered around challenges where they do everything from try to bake pies without a recipe, recreate photos of their dads and eat everything on the menu at Taco Bell. Their account has nearly 6 million followers. They ended up leaving Buzzfeed in 2018 to create their own LLC and now own their content.

5. Eugene has set up a fundraiser upon coming out that will help with suicide prevention among people struggling to do the same.

“I’ve also created a fundraiser for the @TrevorProject to help save LGBTQ+ lives. Coming out is a lifelong process – your safety always comes first – but know that there’s a vibrant community waiting to welcome you with open arms,” he tweeted following his video dropping.