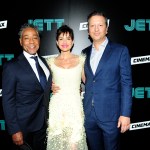 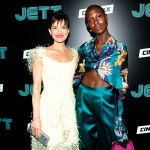 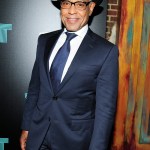 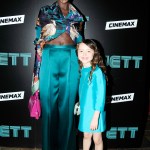 The new Cinemax drama Jett made its debut on June 14. The show follows Daisy “Jett” Kowalski, a retired professional thief who is fresh out of prison. She soon finds herself drawn back into doing what she does best after being forced to quit following the birth of her daughter. When she takes on another job, she hopes it’s her last. But life isn’t always so simple. HollywoodLife talked EXCLUSIVELY with Sebastian Gutierrez, who created, wrote, directed, and executive produced the show, about the inspiration for Jett.

“Basically, Jett comes from a lifetime of reading crime novels,” Sebastian told HollywoodLife. “Everything from Elmore Leonard to Donald Westlake to Charles Neufeld to Jim Thompson, it’s my favorite form of literature. It’s not really considered literature because it’s folky but it often has some of the best combinations of existential and pithy that I really like. This is sort of my tribute to what I read. There’s a combination of always reading those kinds of novels and then looking around at the television life and feeling like there are so many good roles for women now on television, finally. I think there’s something about having more of a long form that actually allows for the complexity of women to be better portrayed in American films, but I still felt like there’s a crazy double standard in terms of the anti-hero.”

He continued: “To me, women are still put in these categories with, like Lady Macbeth, she’s a manipulator. With this kind of story, instead of having a male in the lead, what if you had a woman. I would say it’s important to me that it wasn’t like a female character doing masculine-type things. Jett is all woman and behaves like a woman and she is taking on male qualities, but she is the pragmatic center of this crime story.”

He teased that Jett is much more of a serialized show than a procedural. “You can expect a lot of plotting and sexual dialogue and sexiness,” Sebastian said. “Jett isn’t an action film, per se, it is really a crime drama. It’s really not a crime of the week or heist of the week kind of show. It’s a much more character driven beast. I think the reason why crime stories are appealing is that most of us are not involved in that lifestyle. It’s a lifestyle where the stakes are very high. So it really is like a crime underworld, but we are using it as a springboard to be able to tell stories about family and loyalty and friendship.”

HollywoodLife also spoke with Carla Gugino, Giancarlo Esposito, Violet McGraw at the special screening of Jett on June 11, hosted by Cinemax and The Cinema Society. Carla opened up about why she took the role of Jett. “I love that she was like no female character that I’ve ever been asked to play,” Carla told HollywoodLife. “She might be sort of loosely related to a couple of the strong, interesting characters that I’ve been able to play but Jett is unsentimental, she doesn’t sweat the small stuff, and is simply a master thief. She’s not Robin Hood. She’s not out to save the world and she plays by her own rules. She has a moral code but a certain moral code. I was really interested in the notion of what you might consider an anti-hero in the form of a woman because we have great male anti-hero characters. But this woman is not a cold-blooded killer. It’s not like she gets glee from killing someone like maybe Killing Eve, which is a show I love. This is just a person who is incredibly practical, putting one foot in front of the other, and trying to solve problems. She’s a really good problem-solver. And yet, the one thing she is not and has no skill set for is being a mother. She deals with her daughter in that same practical fashion, which I find really interesting.”

She also opened up about working with Violet again. Violet played the daughter of Carla’s character, Olivia, in the Netflix series The Haunting of Hill House. Now she plays Carla’s daughter, Alice, on Jett. “I was so taken with her when we shot The Haunting of Hill House,” Carla gushed. “She’s so talented and such a beautiful person and her family is really wonderful as well. As soon as we got the greenlight for Jett, I said Violet has to be Alice without question. We were lucky to get her.” Violet added that it was “really nice” to work with Carla again because “she’s so nice and she took such good care of me on The Haunting of Hill House and Jett.“

Giancarlo is best known for playing Gus Fring on Breaking Bad and Better Call Saul, but he’s taking on a brand-new role in Jett — Charlie Baudelaire. “The difference between Charlie and Gus is that Charlie is much more animated,” Giancarlo said. “He has a lot of fun with life and enjoys what he does, but he’s also very careful. So you get a guy who is a little bit more bubbly than Gus Fring and you also see more of him. He’s totally in love with Jett and you get a chance to really see him show that he really has desire for her. That was something I really wanted to play in a character and I’m really glad that I had the opportunity to play him.”

However, it won’t always be so simple for Charlie and Jett. “There comes a time where he becomes suspect of her and she becomes suspect of him. That is a Mr. & Mrs. Smith dynamic and a dynamic that really needed to be explored. They’re not married. They’re just really close friends with benefits, but business is foremost for both of them and when that becomes threatened then it becomes life-threatening.”

The party was held at Gitano Jungle Terraces and people drank Qui tequila cocktails, named Jett’s Secret and Cuban Escape, in honor of the series. The screening was at The Roxy Cinema. Jett airs Fridays at 10 p.m. on Cinemax.