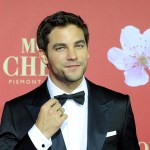 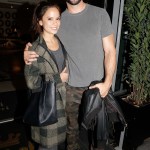 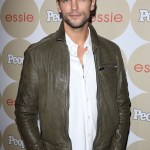 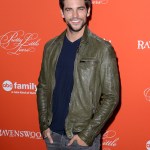 Northern California was the place to be for a number of young Hollywood celebs as Pretty Little Liars star Brant Daughterty, 33, wed his longtime love actress Kim Hidalgo, 33, in front of 200 guests on June 15. There was plenty of star power in the bridal party alone, as Kim chose pals Vanessa Hudgens, 30 and Ashley Tisdale, 33, to be her bridesmaids, making for the cutest mini-High School Musical reunion. Ashley posted an adorable boomarang video to her Instagram showing all of the bridesmaids each in their choice of two different dress designs, but all in the same dusty lavender color. She captioned it, “We’re ready for you @kimhidalgo!” to be there when she said her vows.

The couple met three years ago via a dating app and Brant popped the question to Kim in Amsterdam on Valentine’s Day in 2018. “We’re so excited to start this next chapter as husband and wife!” the new bride and groom told PEOPLE. The publication reported that he wore a bespoke blue suit by JB Clothiers for his wedding while Kim wore a “beaded, mermaid-style gown featuring a long train” before changing into a more “flowy” dress for the reception. She also wore her hair in an updo because “Brant loves it when I wear my hair up, so I wanted to make sure to have it up for him,” she told the magazine.

In lieu of a flower girl and ring bearer, the couple’s dogs Luna and Knuckles handled those duties by walking down the aisle. In addition to Ashley and Vanessa, Kimberly’s sister, Brant’s sister, and actress pal Samantha Droke rounded out Kim’s bridal party. The mag reports that celebrity guests included  Sarah Hyland (did she bring BF Wells Adams?), Kelen Coleman and Shawn Pyfrom, who were there as the couple exchanged personalized vows.

The couple told the publication they’re heading to Greece for their honeymoon. “We’re just looking forward to spending some time together,” Brant said. “Now it’s official!” while Kim added, “Eventually we want to have a family in a few years and just continue to create and love each other. We do great things together.”