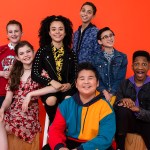 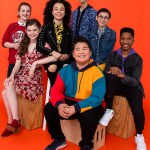 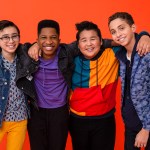 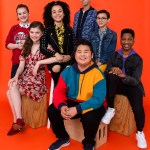 ‘All That’ is making a comeback. The reboot of the classic Nickelodeon series premieres June 15. HL spoke EXCLUSIVELY with OG star Kel Mitchell about his advice to the new cast and more.

The pop culture phenomenon known as All That is returning for a new generation of kids. The reboot, premiering June 15 at 8:30 p.m. on Nickelodeon, will feature an all-new cast of kids, with original cast members such as Kel Mitchell, Josh Server, and Lori Beth Denberg making special appearances. Kenan Thompson and Kel will be serving as executive producers. HollywoodLife spoke EXCLUSIVELY with Kel at Nickelodeon SlimeFest on June 8 about the reboot. We asked Kel what kind of advice he’s given to the new cast members.

“I have been given them a lot of comedy advice, which has been great,” Kel told HollywoodLife. “These kids are some great listeners. They bring the physical comedy, and in the auditions, they came in with their own voices and their own characters. I also told them to have a good sense of themselves and told them that they were special before they got on the show so that they can just enjoy it. No competition between one another, it’s a team effort. It has been great to give notes to other producers and get in there too and act. I am wearing two hats so it’s cool!”

The original All That aired from 1994 until 2005. In addition to Kenan, Kel, Josh, and Lori, the show also featured well-known stars like Amanda Bynes and Nick Cannon. All That is beloved amongst ’90s kids and the love for the show remained alive long after it ended. Kel said that fans are the reason why the show is coming back in the first place! “I mean, even last year before we even announced SlimeFest or All That, everybody was talking about All That,” he told HollywoodLife. “I was being stopped in the street and people wanted me to do ‘Good Burger’ and talking about orange soda. So it’s all about the fans and we really did it for them!”

During the premiere episode, the Jonas Brothers will be featured in the “Good Burger” skit with Kel. They will also close the show with a performance of their hit “Sucker.”