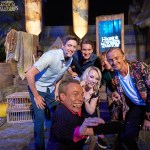 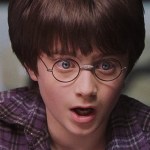 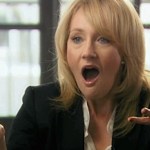 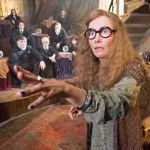 The students of Hogwarts reunited for a special day at the Wizarding World of Harry Potter in Orlando, and the pics of Ron, Draco, Luna, Fred, George, and Flitwick together are almost too much to handle.

Try not to freak out about this too hard, Muggles! Beloved members of the original Harry Potter cast got together in Orlando, Florida on June 11 to celebrate the opening of the brand spankin’ new Hagrid-themed “Magical Creatures Motorbike Adventure” ride, which looks fun AF. While we’re dying to line up for that experience at the Wizarding World of Harry Potter when it officially opened, right now we’re obsessed with the fact that these actors were all in one place together again. That’s right — Rupert Grint (Ron Weasley), Tom Felton (Draco Malfoy), Evanna Lynch (Luna Lovegood), Warwick Davis (Griphook, Professor Flitwick), and James Phelps and Oliver Phelps (Fred and George Weasley), were on hand to celebrate the opening.

Unfortunately, the other two members of the main trio, Daniel Radcliffe (Harry Potter) and Emma Watson (Hermione Granger), didn’t turn out. Hagrid himself, Robbie Coltrane, wasn’t there, either. Oh, well! The other Harry Potter stars took an adorable group photo in front of the new ride after giving a presentation, and it was pretty perfect. It was actually shot while Warwick was trying to take a selfie with his former co-stars! He posted the shot on Twitter, and it’s just adorable. He captioned his pic, “So fun to reunite with my ‘students’ from #Hogwarts at @UniversalORL for the opening of ‘Hagrid’s Magical Creatures Motorbike Adventure’. They are all quite ‘charming’! Aww!

The best part of the night was how happy everyone seemed to be back in action. Rupert and Tom especially seemed like they were having a good time at the event. The duo arrived in The Weasley family’s infamous flying car (sadly, just driving), while carrying their wands. You can see that badass moment below. Nice sweaters, boys. Sure, the Fantastic Beasts films are great, but we’re aching for a ninth Harry Potter film starring our faves after seeing this!

Tom told the crowd of fans and reporters that Rupert totally screamed his head off while riding the roller coaster for the first time. We really don’t blame him, though. The new coaster, which opens at Universal Studios Orlando on June 13, goes 50 mph while it twists, turns, and goes backward. You can choose to either sit on Hagrid’s motorbike or its sidecar. Good luck!