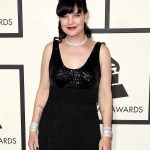 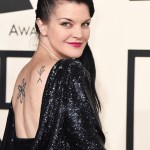 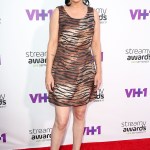 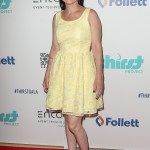 Pauley Perrette wants you to stop asking if she’s returning to ‘NCIS,’ because the actress is ‘terrified’ at the thought of Mark Harmon ‘attacking’ her. She even claimed she was ‘physically assaulted,’ and shared photos of an alleged crew member’s stitches.

Pauley Perrette, 50, shocked fans by leaving NCIS after Season 15 in 2017, but she’s now claiming that she was “physically assaulted” and then “lost” her job. And Pauley named a reason she won’t come back: co-star Mark Harmon, 67. “NO I AM NOT COMING BACK! EVER! (Please stop asking?) I am terrified of Harmon and him attacking me,” Pauley tweeted on June 7, adding, “I have nightmares about it. I have a new show that is SAFE AND HAPPY! You’ll love it! #HappyPlace Love y’all!”

Pauley also claimed that she tried to “protect” her crew, and shared photos of an alleged crew member’s battered eye with stitches. “You think I didn’t expect blow back? You got me wrong,” the actress captioned the photos, and then made an alarming allegation: “THIS happened To my crew member and I fought like hell to keep it from happening again! To protect my crew! And then I was physically assaulted for saying NO!?and I lost my job.” In 2016, a report claimed that Mark’s dog on set attacked a crew member, per TMZ.

HollywoodLife has reached out to Mark Harmon’s rep and CBS for comment, but did not hear back at the time of publication. This is the first time Pauley has brought up names, as she had previously spoken out against alleged physical assaults in May 2018. “I’ve been supporting anti-bullying programs forever. But now I KNOW because it was ME! If it’s school or work, that you’re required to go to? It’s horrifying. I left. Multiple Physical Assaults. I REALLY get it now. Stay safe. Nothing is worth your safety. Tell someone,” she tweeted last year.

NO I AM NOT COMING BACK! EVER! (Please stop asking?) I am terrified of Harmon and him attacking me. I have nightmares about it. I have a new show that is SAFE AND HAPPY! You’ll love it!#HappyPlace Love y’all!

In response to Pauley’s latest tweets above, CBS provided the following statement to our sister website Deadline: “Pauley Perrette had a terrific run on NCIS and we are all going to miss her. Over a year ago, Pauley came to us with a workplace concern. We took the matter seriously and worked with her to find a resolution. We are committed to a safe work environment on all our shows.”

Pauley played the beloved role of gothic forensic scientist Abby Scuito on NCIS for 16 years. CBS picked up her new sitcom, Broke, in May 2019.