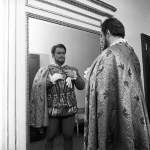 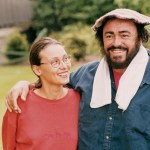 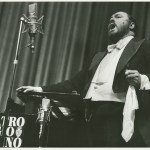 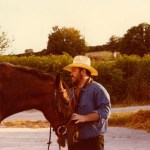 Oscar-winning director Ron Howard explores the life of opera icon Luciano Pavarotti. HL spoke EXCLUSIVELY with Ron about diving into the world of opera and Pavarotti’s high expectations for himself.

Pavarotti will be released in theaters starting June 7. Academy Award winner Ron Howard, 65, is taking on his next incredible documentary subject: Luciano Pavarotti, the musical phenomenon who changed opera forever. HollywoodLife spoke EXCLUSIVELY with Ron at the Pavarotti press junket and he admitted that he hopes the documentary allows this generation to fall in love with the art form. “I certainly have broadened my appreciation and I listen to a lot more opera now than I ever had in my life,” Ron told HollywoodLife. “It’s a great art form. When Pavarotti was a child, it was a popular art form, it was a popular medium. It was their music. So for him, when he reached that level of fame where he could become this ambassador for opera, that was something that he relished and he always wanted to democratize the art form. Certainly, I would love it if the movie inspired people to learn more and listen more and enjoy opera more.”

Ron did an enormous amount of research into the life and career of Pavarotti. “In fact, when I started reading the lyrics to the arias translated I realized how emotional those songs are and then got the idea that perhaps we could use those arias to help reflect his journey,” Ron said. While working on the documentary, he was enlightened about so many things regarding the musician. Ron told HollywoodLife that he was surprised that Pavarotti “wasn’t a prodigy, that he was a product of the tragedy of World War II in postwar Italy. He carried with him a lifelong insecurity because the demands of his art form were such that he could never be certain that he could live up to the demands and the expectations of the audience, or his own expectations of what he ought to be able to bring to the opera that he was singing. An inspiring aspect of his life is how high he kept that bar. I have seen that with a lot of great actors, a lot of great directors and writers who are friends of mine. They expect a hell of a lot from themselves. The best of them have so much respect for the medium and the audiences and the fans that they want to live up to. They want to try and meet those expectations and it’s almost always a little disappointing for them.”

The documentary about the Italian operatic tenor, who died in 2007, features never-before-seen footage, concert performances, and intimate interviews. It’s the perfect treat for all music lovers out there. Ron is no stranger to music documentaries. He also directed The Beatles: Eight Days a Week in 2016 and Jay-Z: Made in America in 2013. There is another musician of this generation that he’d be interested in doing a documentary on and it’s someone he’s worked with before.

“Getting to know Donald Glover, doing Solo with him, and sort of witnessing what he’s going through as an artist and his range and dimension and intelligence and charisma,  I think he’d be a pretty interesting subject,” Ron told HollywoodLife. “But he’d never let me do that because he’s got his own relationship going with his audience and he has a lot of respect for what that means, and he has done a lot of different hard work to get there so I would doubt if he wants to have somebody else tell his story. I don’t think he wants to tell his story right now. In the past, we’ve done some research into David Bowie but Bowie always wanted to be a mystery. He didn’t want anybody to understand anything, he wants people to interpret the work on their own. Living artists are understandably reluctant. We did a movie with Katy Perry [Ron produced it] and that was pretty courageous of her, I thought. Even though it was buoyant and fun and all of that, it’s still frightening to let people into your life. I wouldn’t do that.”