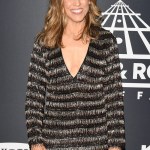 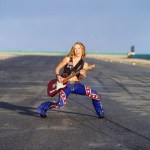 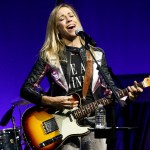 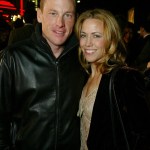 Three legends on one track? Sign us up. Sheryl Crow & Stevie Nicks teamed up with country music star Maren Morris for a song & it’s an empowering anthem that you’ll be playing on repeat.

Who said three’s a crowd? Sheryl Crow, 57, Stevie Nicks, 71, and country music superstar Maren Morris, 29, teamed up for a track and proved to be the musical trio we didn’t know we needed. The song, “Prove You Wrong,” dropped on June 5, and is an anthemic track that shows all three ladies alternating between verses. For anyone who has recently gone through a breakup, the track is a MUST listen. Sheryl, Maren, and the Fleetwood Mac frontwoman are fierce as ever on the song as they sing about kicking an ex to the curb!

The collaboration is the latest track from Sheryl’s forthcoming album Threads, which is set to be released this Summer. The record is slated to be her final one, and for the singer, working with Stevie was a dream. “I started this project about three years ago, and it started with Kris Kristofferson and recording with him. And I’ve known him for many, many years, and I started feeling like, ‘You know what? I want to start calling in people that I’ve loved and have inspired me from the very beginning.’ So one of the first people I thought of was Stevie Nicks. I sent her this song and said, ‘Would you record with me?’ And she did and it was just a beautiful experience,” the singer told iHeartRadio.

Here’s to hoping we get to see the epic collab track performed live at the CMT Awards on June 5. Sheryl and Maren are both slated to hit the stage at the annual awards show, so the possibility is promising! We can only hope that Stevie makes a surprise appearance as well.

The nine-time Grammy winner was sure to include an impressive list of iconic singers on her new album and one month before “Prove You Wrong,” was released, Sheryl released a stunning duet with the late Johnny Cash entitled “Redemption Day.”