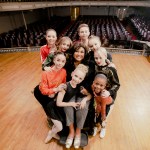 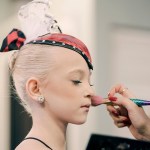 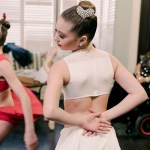 ‘Dance Moms’ is back for season 8 with Abby Lee Miller returning as a coach to brand-new cast members. These dancers will make your heart melt and your jaw drop with their talent.

Dance Moms season 8 premieres June 4 at 8 p.m. on Lifetime. This season will feature Abby Lee Miller coaching the new kids of the ALDC. They’ll be competing for a spot on Abby’s Elite Team, while their mothers fight battles of their own. The new season will begin with a one-hour special that will give an inside look at Abby’s physical and emotional struggles while undergoing chemotherapy and learning to regain the use of her legs amidst her ongoing cancer battle. Following the special, the first two episodes of season 8 will air.

The new ALDC members include Elliana Walmsley. She’s been dancing for 10 years and her mom put her in her first dance class when she was 18 months old. “I do feel a lot of pressure since I’m a returning member because Abby expects me to be the best because I’ve been here the longest out of anybody,” she says. Brady Farrar is also a new cast member, as well as his mom, Tricia. He was around 6 years old when he started dancing. He began his dance journey after his dad got deployed to Iraq. “I kind of had nothing to do and I really wanted to express myself in like creative movement so I went to that class and then I discovered my love for real dancing there,” he says. His favorite styles of dance are ballet and contemporary.

Hannah Colin has been dancing for 12 years. Her mom, Ann, owns a dance studio so she says she was “just kind of born into dancing.” Her favorite styles are lyrical and contemporary. “I really like the friendships I’ve created from this because all of the dancers on the team are super sweet and they’re all amazing dancers and I think we’ll have lifelong friendships now because of the show,” Hannah admits. She wants to be a Rockette and be on Broadway.

Kamryn Smith has been dancing for 5 years and the first dance class her mom, Adriana, was ballet and tap. She loves being a part of the ALDC team because it gives her a chance to work with people she hasn’t worked with yet. However, she notes that “being on the ALDC is really challenging because we only have 3 days to practice and we’re on stage really quick.” GiaNina Paolantonio’s mom, Joanne, has been her dance teacher. He mom has been teaching for 28 years. GiaNina loves hip hop, jazz fusion, funk, and lyrical. “I really love lyrical because I get to tell any kind of story but then when I’m like my bubbly personality, hip hop and jazz funk would be me,” she says.

Lilliana Ketchman began dancing at 2 years old and has been dancing for 8 years. She loves contemporary dance and has actually never done jazz before. In the future, she would love to be a contortionist or ballet dancer. Pressley Hosbach’s mom, Ashley, owned a dance studio so that’s how she got her start. She grew up in the studio and admits that she hated dance at first. But she soon grew to love it and has been dancing for a decade. Her favorite styles are jazz, lyrical, and hip hop. Other new cast members include Savannah and her mom, Erin, and Sarah and her mom, Michelle.