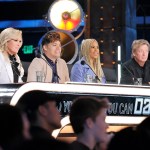 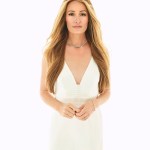 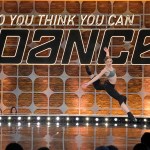 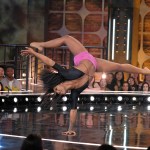 Another season of ‘So You Think You Can Dance’ has arrived. Season 16 premieres June 3 and this season is going to be unlike any other. There are some new judges and a ‘brand-new look’ coming.

Your favorite summer reality competition series is back. So You Think You Can Dance season 16 returns for an all-new season on June 3 at 9 p.m. on FOX. Cat Deeley is back as the host of SYTYCD season 16, as well as judges Nigel Lythgoe and Mary Murphy. Dominic “D-trix” Sandoval and Laurieann Gibson will be joining the show as new judges, replacing Vanessa Hudgens and Stephen “tWitch” Boss. Both D-trix and Laurieann have history from So You Think You Can Dance. D-trix was a contestant on season 3 of So You Think You Can Dance and later was the two-time winner of America’s Best Dance Crew. Laurieann is a talented choreographer, who is behind some of the show’s best dances. She’s also choreographed famous dances for Lady Gaga, Britney Spears, and Nicki Minaj.

The show has also teased a “brand-new look” for season 16. “New season, new talent, new judges, and a brand-new look,” Cat says in a promo for season 16. The new season will feature the nation’s best dancers between the ages of 18 and 30. Auditions were held in New York City, Los Angeles, and Dallas. SYTYCD is switching things up for season 16 but the core of the show is still the same.

Season 16 will kick off with the auditions for the first few weeks before moving into Academy Week. Over the course of the season, we’ll see the contestants showcase their skills featuring contemporary, tap, hip-hop, ballroom, animation, and breaking styles.

“I am thrilled that we have been picked up by FOX for season 16 of So You Think You Can Dance,” executive producer and judge Nigel said in a statement “This allows us to shine the spotlight once again on the incredible choreographic and dance talent across the United States as we search for America’s favorite dancer.” Following the premiere, the show will continue to air Mondays at 9 p.m.