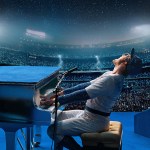 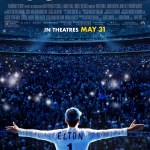 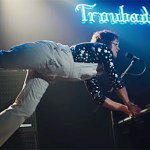 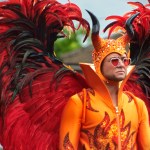 HL caught up with Elton John’s producer-husband at the NYC premiere of ‘Rocketman,’ where he revealed how hard it was for the singer to relive his childhood via the biopic.

Rocketman, the 2019 Biopic film about Elton John’s career and tumultuous childhood, is already being met with rave reviews, and the film’s producer David Furnish (also the singer’s husband) is now revealing the toll it took on Elton to watch it. With some of the scenes touching upon the darker moment’s of the musician’s life, the singer’s hubby admits it hit him hard. “I think it definitely did [hit a bit too close to home] for Elton,” he tells HollywoodLife at the New York City premiere. “After the film, he was so moved by it. It was so…the childhood scenes were so painful for him that I actually thought: ‘maybe we shouldn’t have done this.’ It was really getting inside his soul, inside his psyche. By the time he came out at the end he said, ‘No, no it’s fabulous, ‘I’m glad we did it.'”

With Elton dubbing the film as “fabulous,” fans and critics alike seem to be of a similar opinion. In fact, negative reviews have noticeably been few and far between and Furnish revealed why he thinks the film has escaped the normal backlash biopics so often get. “Well, I  think it’s the emotional truth. Even though it’s a fantasy, it’s very much the emotional journey about his life and certainly of the first half of his life and it’s profoundly moving,” he told us at the red carpet premiere.

Rocketman takes viewers on a two-hour long journey through the iconic singer’s life, first depicting him as a young, elementary school-aged child, venturing through the ups and downs of his adolescence, and leading up to present day. Each scene is woven into the next by way of a classic Elton John song, who is perfectly portrayed by 29-year-old actor, Taron Egerton. From David’s perspective as producer, he couldn’t have imagined a better fit for the role. “I was just very, very moved by what I saw. Incredibly impressed by Taron’s performance. Because as a producer I have to sit outside and look at it objectively, but also because I know the subject matter so well, I can’t help but be analytical about what I’m seeing up on-screen. I just think what Taron has done is extraordinary.”

While the portrayal of of David and Elton’s romance on-screen is brief, in real life, the pair have been going strong for 26 years. The couple share two kids together — Zachary Jackson Levon, 8, and Elijah Joseph Daniel, 6. While filming Rocketman may have hit a little close to home for the couple, we’re sure glad they were able to bring Elton’s inspirational life story to the big screen.