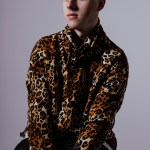 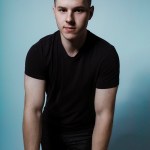 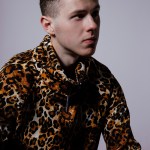 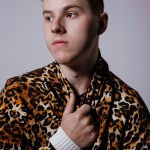 The eleventh and final season of ‘Modern Family’ is upon us. HL spoke EXCLUSIVELY with star Nolan Gould, a.k.a. Luke Dunphy, about the dynamic with his onscreen siblings, his dream guest star, and more.

Nolan Gould has grown up on Modern Family. When he started filming the Emmy Award-winning ABC series, which premiered in 2009, he was just a kid. He was 10 years old. No one could have predicted the show would become the global phenomenon it has turned into. Over the past 10 seasons, we’ve watched Nolan, now 20, evolve as Luke Dunphy, growing up along with him. Modern Family’s eleventh and final season will premiere in the fall of 2019. Nolan spoke EXCLUSIVELY with HollywoodLife about the show and admitted that he and the cast didn’t think there would be a season 11.

“We actually were expecting season 10 to be our series finale and our season 10 finale was supposed to be our show’s ending,” Nolan told HollywoodLife. “Because it’s written like that. It comes full circle. The Lion King moment happens that they walk out holding the babies up [just like in the beginning of the series]. That’s how our show was supposed to end. And then they suddenly added another season. We weren’t expecting that at all. We were really blown away. So it’s sad to know that, OK, that is a definitive end but super happy to get one more season to spend with the people I love.”

Nolan has co-starred alongside Ariel Winter and Sarah Hyland since the show’s start. They play his onscreen older siblings, Alex and Haley Dunphy. Over the years, Nolan and his co-stars have become a family. “We’ve really grown up together the past 10 going on 11 years now,” Nolan continued. “I never went to real school and I had friends, but for the most part, my life from a young age was focused on work so it was really cool to have people that became like family… I know that we’re going to be bonded for life. We’re going to be best friends after the show.” Nolan notes that he keeps in touch with Ariel the most. “We’ve moved into the same neighborhood and stuff. She’s like 3 minutes away from me. It’s like when I go home from work I just like see Ariel out on walks and stuff,” Nolan said.

Modern Family has had some incredible guest stars in the past decade, but there’s one person Nolan would love to have on the show in the final season. “If I could choose one person to guest star on Modern Family… This is so unrelated because he’s not like in anything in the entertainment world but I just met Alex Honnold yesterday from Free Solo,” Nolan revealed. “I don’t know how we’d fit it into the storyline, maybe Luke and Phil go rock-climbing and we get stuck somewhere and Alex Honnold just comes and saves them.”