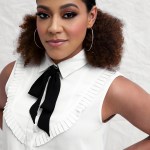 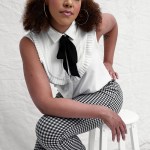 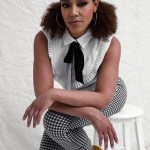 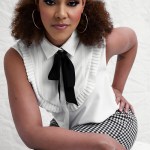 Lilli Cooper’s Tony nomination is not only deserving, but it was also only a matter of time for the incredible actress to be recognized with the honor!

On April 30, 2019, Lilli Cooper decided to sleep through the Tony Nominations announcement, but was met with multiple missed called from her mother that morning, which she looked at as a pretty good sign. “I found out that I was a Tony nominee from my mom, which is pretty cool!” Lilli gushed later that day in an exclusive interview with HollywoodLife.com. “I just was screaming at the top of my lungs, jumping out of bed. I’ve just been pacing in my apartment. It’s just wild.”

Lilli’s first ever Tony nomination is in the category of Best Performance by an Actress in a Featured Role in a Musical, recognizing her excellent performance as Julie in the on-stage version of the ’82 film Tootsie. Now, as a nominee, Lilli joins the impressive ranks of the best of the best on Broadway, including her Tony-winning father, Chuck Cooper. While chatting with the actress after she learned of her nomination, she revealed she had yet to speak to her dad about nomination! “I need to call him!” she exclaimed. Later, her dad told The Daily News, “Lilli’s nomination is yet another stunning example of how blessed I am. Her work in this show is so mature, nuanced, and clearly, folks are taking notice. My little girl is kicking butt on the Broadway stage. She’s amazing.” Aw!

Tootsie, which opened at the Marquis Theater on April 23, was immediately met with rave reviews, especially complimenting the modernization of the beloved story of a disgruntled actor named Michael who invents the female persona of Dorothy to get a role. Lilli plays Julie, an optimistic actress who wants to bring truth to her beloved craft and finds a strong connection with Dorothy. “We knew that we wanted a Julie that was way more independent, incredibly passionate about what she does, and that’s really what she focuses her life on,” Lilli explained of her character, played in the film by Jessica Lange.” The cool thing about that is that we found this mirror between Michael and Julie. They’re both these strong, passionate actors that love what they do, and will sacrifice anything for what they do.”

Santino Fontana, who plays the lovable, yet frustrating Michael/Dorothy, is also Tony nominated in the Best Performance by a Leading Actor in a Musical category. “I’m just so proud of everybody,” Lilli gushed of her cast and crew after Tootsie received a total of 10 Tony nominations. “They’re all so deserving, so I’m just really grateful that we have been recognized for our work, because we have worked our butts off, and I’m really proud of it.”