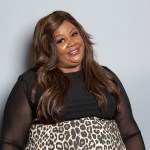 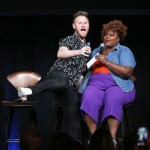 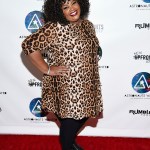 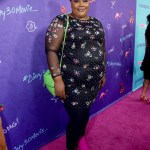 Nicole Byer questioned Netflix on Twitter after finding out that she wasn’t the thumbnail on the platform for her hit show, ‘Nailed It!’

Nicole Byer isn’t just the host of Netflix’s Nailed It! — she is the show. The comedian, 32, is beloved for her hilarious baking competition series, and one loyal viewer recently noticed something that didn’t sit right. The thumbnail on Netflix for the show isn’t a picture of Nicole; it’s a pic of head judge Jacques Torres and assistant director Weston Bahr, two white men. “i remember reading somewhere that @netflix puts men on the thumbnails of shows and movies a lot, but yo – this is NUTS. @nicolebyer IS NAILED IT. I love wes and chef jacques but COME ON – this is so upsetting,” @dylsauce wrote in a since-deleted tweet.

Nicole was just as shocked as @dylsauce, and responded to the revelation with a series of tweets about the “disrespectful” situation:  “If Netflix didn’t sign my checks and give me a huge platform and opportunity to showcase my comedy. I would talk about how f*cked up and disrespectful this is to me a black woman,” Nicole tweeted. Also how black women are a lot of times erased from many different conversations. I would talk about how it makes me know my true value as the host of the show where I work incredibly hard to elevate the material given to me. Lot of moments people love are improvised.”

“I would talk about how this essentially white washing for more views,” she continued. “But they sign my checks and I’m honestly so happy and greatful [sic] to and for the show and no sarcasm I love my job and wish to keep it so I’ll be quiet. To be clear. I know there are thumbnails with and without my face… This one just seems for lack of a better word deliberate. Again I love my job.”

I deleted my last set of tweets bc I talked to one the execs on my show about it and the thrilling conclusion is the removal of the image and a conversation about how the thumbnails are made and selected that I’m happy with.

Nicole later tweeted after removing the tweets that she spoke to a Netflix exec, “and the thrilling conclusion is the removal of the image and a conversation about how the thumbnails are made and selected that I’m happy with.” Netflix wrote a blog post in 2016 that explained how they chose thumbnails for their shows: a study showed that people spend less than two seconds looking at the title of a show, and “faces with complex emotions outperform stoic or benign expressions — seeing a range of emotions actually compels people to watch a story more.” Given that Nicole is extremely expressive, that doesn’t exactly explain why Jacques and Wes, who are, albeit, huge parts of the show, were picked over the host. But if Nicole’s happy with the outcome, then we’re happy.