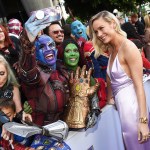 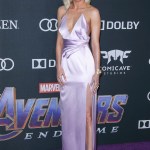 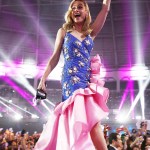 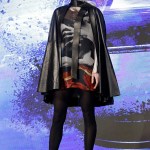 Thanos has got nothing on Brie Larson and her impeccable fashion taste. ‘Captain Marvel’ herself wore a simple black bikini during Memorial Day weekend.

Brie Larson, 29, took to Instagram and showed that she can do more than save the world as Captain Marvel – she can rock a simple and gorgeous bikini, too. The actress posted a pic on May 26 wearing a black bikini at nighttime. Brie’s bikini featured a simple design up top, and was high-waisted with a gold belt for the bottoms. She wore an animal print coach loosely draped over her to finish the fierce look.

Brie wore her hair up and seemed to sport a minimal amount of makeup, if any at all. The star quoted Canadian novelist Rachel Cusk in her caption of the photo. “‘But what other people thought was no longer of any help to me,'” Brie relayed Rachel’s words. “‘Those thoughts only existed within certain structures, and I had definitively left those structures.’ #RachelCusk”

The actress’ bikini photo came during Memorial Day weekend, after posting a few days ago that she had picked up archery as a hobby. In her archery pic, Brie posed in a black sweatshirt and sweatpants, holding a bow and arrow. “Yes I do love to take up new hobbies,” she said. The star definitely deserves her downtime – she has had two huge movies come out this spring – both her origin story into the Marvel universe, Captain Marvel, and the ensemble star-packed film, Avengers: Endgame.

“But what other people thought was no longer of any help to me. Those thoughts only existed within certain structures, and I had definitively left those structures.” #RachelCusk

We loved seeing Brie’s amazing fashion on display, just as much as we loved hearing her sing Ariana Grande, 26, songs in her Instagram Stories. We can’t wait to see what comes next from Brie on her Insta. We hope she had an amazing holiday weekend!