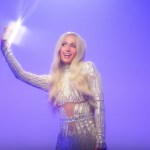 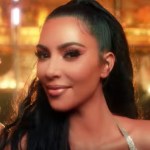 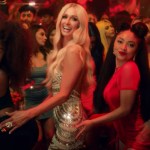 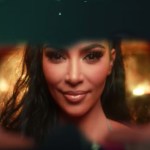 Lindsay Lohan took to Instagram on May 24 to respond to the diss former friend Paris Hilton recently made about her by posting an epic photo and a cryptic yet powerful message.

Lindsay Lohan, 32, is speaking out after Paris Hilton, 38, shockingly dissed her during an appearance on Watch What Happens Live, and she’s doing it in her own clever way. The actress posted a black and white throwback photo of her and Paris to her Instagram and added a kind but seemingly cryptic message to the caption! In the pic, Lindsay and Paris can be seen smiling and posing together at a Marilyn Monroe birthday celebration party in Los Angeles in 2005. “#beyond friends are true. Love @parishilton congratulations on your new song!” Lindsay’s caption for the snapshot read. Check out Lindsay’s pic and message HERE!

Lindsay’s post comes after Paris, who used to be friends with her, appeared on Watch What Happens Live With Andy Cohen on May 14 to promote her new song “My Best Friend’s A**”. During a game of “Plead The Fifth”, Paris was asked if she could say three nice things about Lindsay and that’s when she went into total dissing mode. “She’s beyond…lame and embarrassing,” the blonde star replied. One day later, though, on Jenny McCarthy‘s SiriusXM radio show, she claimed that she regretted not pleading the fifth on the question. “I wish I did plead the fifth,” she said. “I honestly was so nervous that I didn’t know what to say. I couldn’t think of anything nice.”

Although Paris’ answer on WWHL was definitely unexpected, it wasn’t entirely surprising considering she’s opened up about her negative opinion on Lindsay before. Last year, she called her a “pathological liar” in response to a video a fan posted of the many times Lindsay had dissed Paris, and a few months later, on Andy’s SiriusXM radio show, she talked about not trusting Lindsay. “Back in the day we were friends,” Paris admitted on the show. “[She] is just, like, one of those people I just don’t really trust.”