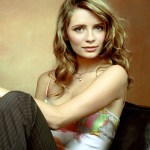 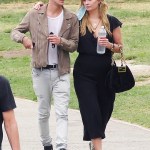 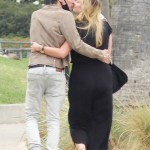 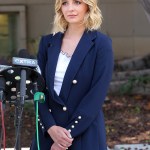 As Mischa Barton is about to debut on ‘The Hills’ reboot, she’s dishing about how she fought ‘tooth and nail’ for her character Marissa Cooper to be killed off on ‘The OC.’

The OC made Mischa Barton a star when it premiered in 2003. But after three years, the then-20-year-old was over it and wanted off the show to pursue other opportunities. She also felt that her Marissa Cooper, despite being one of the show’s four core characters, had run her course. “She’s one of those burnout characters where I don’t know how much more we could have done with her anyway,” Mischa, now 33, tells the New York Times. Marissa’s turbulent life on the show had her estranged from her mom, battling substance abuse and getting kicked out of prestigious Harbor High for a time.

Marissa was going to leave Newport Beach at the end of season three to live with her father on a boat off Greece, so she easily could have just left for Europe. But instead while being driven to the airport by ex love Ryan, her creepy ex friend Kevin Volchok chased down their car and rammed it, causing it to flip and Marissa to die in Ryan’s arms. Mischa says she begged producers for that permanent demise to her character and not just let her leave with some teary airport goodbye scene. “I fought tooth and nail for that to not happen, because I just don’t think that’s Marissa Cooper. I just don’t think sailing off into the sunset’s the proper goodbye,” she tells the Times.

Mischa was 17 when the show began and tells the publication that those years of her life on the show were “intense.” “Making the show was a lot towards the end,” she says. The actress said she was thinking of applying to Yale Drama School when she got the big opportunity to star on Fox’s teen soap. “I really feel like everything sort of worked out in the way it was probably supposed to,” she said. “I may never have gotten a job or a career if I hadn’t taken just taken it then.”

Now years later viewers will be able to watch Mischa on MTV’s reboot of The Hills. Which is somewhat ironic as The OC spawned the reality show Laguna Beach about rich teens in the OC which in turn graduated into the original The Hills. She explains, “In the beginning, there was an expectation of me to still remain being Marissa Cooper in this ‘Laguna Beach’ California world, but it’s not feasible at the end of the day. You are going to see me.” Mischa adds, “People seem to have always associated me with one thing, and I thought it would be a good opportunity for them to get to see the real me.”