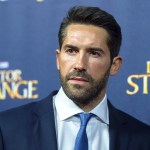 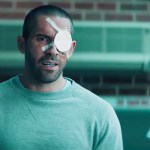 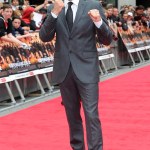 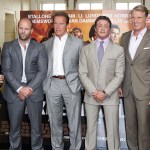 Scott Adkins spoke to HollywoodLife EXCLUSIVELY ahead of his film ‘Avengement’ coming out on May 24. He spoke about his fake teeth, why he loves action movies, and how he stays in shape!

Actor Scott Adkins, 42, had to really rough up his look to get into character for upcoming movie Avengement, which is released on May 24. Ahead of the film’s release, he spoke with HollywoodLife EXCLUSIVELY about getting ready for the action movie. Scott said that the process to get his fake teeth and makeup in took awhile – “at least an hour,” he said! “You could be changing the makeup three or four times a day,” he said about the lengthy process. “It’s a real pain because sometimes you have to come in and put all the makeup on and then maybe do a scene where you don’t have all the scars so you have to take some of the scars off, and then shoot another scene where you have to put the scars back on.” The actor continued, “Then there’s the teeth. The teeth would fall out during the fight scenes. It is a bit of a pain, yeah, but that’s what you do. And the makeup chair! It wasn’t very good, I’m telling you, it wasn’t very good for my back!”

While some actors tend to bulk up for action roles, Scott said that that wouldn’t be realistic for his character. “I try to stay quite light because the guy spends a lot of time in solitary confinement,” he said about the role. “He could only really train using his own body weight so I got quite lean and wirey. I didn’t want to be as bulky as I have been for some other movies.” Scott has been a huge fan of acting movies since he was a kid. “I’ve always looked up to the action stars of the 80s and 90s, very inspired by them,” he said. “I decided at a very early age that I wanted to do what those guys do. I made my mind up very early on and I went after it 100 percent. I didn’t really have any backup plan so I’m glad it all worked out for me.”

Scott spoke to his routine for getting in shape for his acting roles. “I just enjoy it,” he said. “I like to move, I like to sweat. I feel good when I go to the gym. And listen, I’m very lucky because my job is to stay in shape.” The actor continued, “The way it normally works for me is I’ll come back from a movie and I’ll indulge a little bit, go out, eat some nice foods, have lots of ice cream and cake. And then I’ve got another job coming up and that’s when I say to myself, ‘OK, I’ve enjoyed myself, but it’s time to pull back now and get a bit strict.’ And I get back to optimal shape or however I need to be for that movie.”

He continued, “So really my job dictates when I enjoy myself and when I don’t, and it’s structured that way so I’m quite lucky to be honest. I get paid to train, really. It’s not just about how you look, but it’s really about how you feel inside. Having enough energy to do the things you like to do, having enough energy to play with your kids, and being healthy and living a long life.” His biggest tip for any looking to get into better shape? Scott says “the most important thing” is to “get through the door.”

We can’t wait to see Scott’s newest movie and will continue to support the action hero star in his future career endeavors!