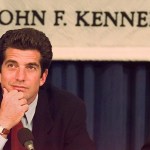 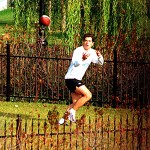 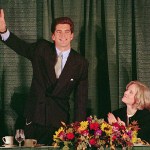 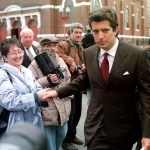 New book ‘The Kennedy Heirs’ by J. Randy Taraborrelli reveals the shocking revelation that John F. Kennedy Jr.’s wife Carolyn Bessette kissed someone else before they both tragically died.

Before John F. Kennedy Jr. and wife Carolyn Bessette died in a plane crash in 1999 at the ages of 38 and 33 respectively, Carolyn allegedly kissed another man, author J. Randy Taraborrelli claims in his new book, The Kennedy Heirs, reports PEOPLE. “John and Carolyn loved each other,” says Taraborrelli, “but their struggles were much more real than people realize.” Carolyn reportedly “confided in” a friend while her husband dealt with his cousin Anthony Radziwill having cancer. Carolyn was at her friend’s apartment to talk, but her chat with an “old friend” culminated with a kiss.

“[Carolyn] pulled away and said, ‘No, what am I doing? I can’t be here right now,’ and quickly left,” Taraborrelli wrote, according to PEOPLE. Instead of keeping this to herself, Carolyn confessed to JFK Jr., which led the son of the 35th President of the United States going over to the other’s man’s apartment at 2 a.m “He opened the door to find John Kennedy, his face twisted in anger,” Taraborrelli said. “John swung a punch. ‘Stay away from my goddamn wife.'” The married couple then began couples’ counseling to sort through their issues, but tragically died in a plane crash on their way to John’s cousin Rory Kennedy’s wedding, along with Carolyn’s sister Lauren, who was 34 at the time of her death.

“Both wanted to improve their marriage. John didn’t want to be one of those Kennedy men who didn’t care how his wife feels,” explains Taraborelli. The couple met in the mid-1990s when Carolyn worked as a Calvin Klien publicist. Their relationship was intense from the very beginning, as JFK Jr. fell hard for his new love. “You know how you hear about meeting a girl and knowing instantly she’s the one? Well, it happened to me,” he confided to a close friend, according to Taraborelli. While John wanted Carolyn to know him as someone “other than the song of a president,” the shadow of John F. Kennedy loomed over their relationship, and Carolyn, according to Taraborelli’s book, struggled to fit in with the family.

During her first visit to the Hyannis Port family compound, JFK’s Jr.’s aunt, Ethel Kennedy, the widow of the U.S. Senator Robert F. Kennedy, apparently tested Carolyn. Taraborelli writes in his book: “So, do you think a federal assault weapons ban will impact crime in our country, dear?” asked Ethel. “Carolyn looked stunned. ‘I…um…I…uh…I think it will?” she answered. “I’m sure you do, dear,” Ethel responded. “You may want to read up on it. It’s quite important.”

Though both struggled with the fame and pressure of the Kennedy name, J. Randy Taraborrelli claims that “they really did love each other, but the question I ask in the book and the question they asked themselves was, ‘Is that enough?’ Their love for each other was undeniable, but was it enough considering everything that was working against them?”