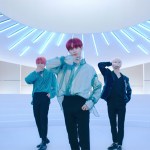 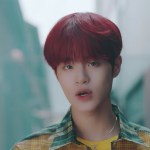 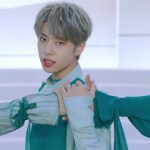 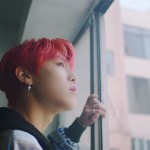 It’s official: Jeon Woong is finally a member of a K-Pop group! As AB6IX made their debut, so did Jeong Woong, and fans couldn’t be happier about it!

What a day! Not only did AB6IX make their official debut with the release of a mini album and a music video, but May 22 is also the debut of Jeon Woong as an official member of a K-Pop group. Jeon Woong has been busting his butt as a trainee and dancer at various companies, including famed YG Entertainment and JYP Entertainment, for the last six years, and his hard work has finally paid off. The talented singer now has a group to call his own after becoming their fifth member! Fans, already super excited about AB6IX’s formation, couldn’t be prouder of what Jeon Woong has accomplished.

Jeon Woong was announced as the fifth and final member of AB6IX back in April, sparking immediate intrigue. There wasn’t too much known about him at the time, though some K-Pop fans recognized him right away. He actually appeared on an episode of the South Korean music competition show, Stray Kids, during a battle between YG and JYP trainees! Though he has worked for both companies, he was competing on Team YG during the episode.

It's like Jeon Woong was blinded by the light.

jeon woong literally went to being an mxm back up dancer to being able to debut with them and on THE SAME VENUE 🥺 pic.twitter.com/hBLwC578Sd

This is just as much AB6IX’s day as it is Jeon Woong’s. Their mini album is straight fire, and the debut music video for their first single, “Breathe”, is pure magic. It shows the Silver Boys, as they’re nicknamed — Jeon Woong, Lim Young-min, Kim Dong-Hyun, Park Woojin, and Lee Dae-hwi — going back and forth between a futuristic lab and a spooky, abandoned building filled with fog. But it’s all about the dance moves and vocals. Watch it HERE!