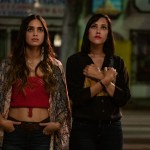 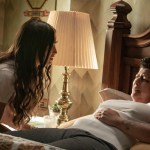 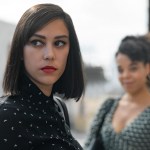 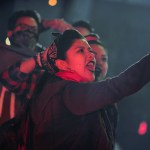 The critically-acclaimed dramedy is back. ‘Vida’ returns for season 2 on May 23 and HollywoodLife got EXCLUSIVE scoop from Mishel Prada and Melissa Barrera about what lies ahead for Emma and Lyn.

Vida is undoubtedly one of the best television shows of the last 10 years. The first season of the Starz series was one of the most critically-acclaimed shows of 2018 and now Vida is back for 10 half-hour episodes on May 23. HollywoodLife sat down EXCLUSIVELY with Mishel Prada and Melissa Barrera, who play the sisters at the center of the series. Both Emma and Lyn are back home for good and attempting to rebuild their mother’s bar in season 2. Mishel and Melissa teased that the world of Vida is only expanding with the second season.

“The little taste that you got in season 1 of everything, you get like a double dose in season 2,” Melissa told HollywoodLife at the show’s press junket in New York City. “There’s a lot of sexy scenes. There’s a lot of drama. There’s a lot of sister moments, which is very exciting. The relationship grows and it’s complicated, but it’s beautiful to watch as well and there’s new people in both of their lives. It’s really exciting.” Mishel also said, “I think season 2 we really see things start going and then I think we really just see them really, really, really truly try to step out of their comfort zones and grow. Some a little more easier than others.”

Emma and Lyn got the surprise of their lives when they returned home after their mother’s death and found out she had a wife named Eddy that they never knew about. Emma’s dynamic with Eddy from the very beginning was tense, while Lyn was a little bit more accepting of her mother’s partner. As for how the sisters’ relationship with Eddy will fare in season 2, Mishel teased that it “just gets more complicated, but they do become more of a family — a fractured family.”

Melissa added: “Emma is now financially supporting Eddy because Eddy cant work and Lyn becomes a kind of protector for Eddy from Emma. I think Lyn’s awakening at the end of season 1 really just made her aware of the world around her and now she sees how much important it was for Vidalia to choose Eddy to be her partner. She’s trying to make Eddy feel comfortable and help Eddy get better after it ended in season 1.”

Lyn’s awakening at the end of last season also impacts her on-again, off-relationship with Johnny. Lyn broke up with Johnny after he left his pregnant fiance to be with her. Things will continue to get messy for Lyn and Johnny in the upcoming episodes. “I mean now that Lyn is back for good it gets complicated because they live a few blocks away and they’re going to be running into each other,” Melissa said. “But she has her mind set that that’s the best thing and that she made the right choice, but there’s a lot of anger now in that relationship [on Johnny’s end].”

All 10 episodes of the second season will be available on the Starz app and Starz On Demand on May 23. Vida will also air weekly on Starz beginning May 26 at 9 p.m.