“Seth Rogen getting this FITS off,” one Twitter user said after they got a glimpse of the Long Shot star on the cover of the Summer Reads issue of GQ. Seth, 37, spoke with Caroline McCloskey about his successes, failures, and life lessons he learned from Kanye West (“[P]eople were like, ‘Why you making shoes, man? Just make music.’ And his shoes are great. People love them…So there is something to be said for staying in your lane, but sometimes people do really great outside of their lane.”) However, most fans wanted to talk about how suddenly, Cal from The 40-Year-Old Virgin is …hot!

“I saw Seth Rogen trending and got scared, but it’s just everyone realizing he’s hot as f-ck,” one Twitter user said, and the sentiment was shared by thousands. “Yes, Seth Rogen is hot. Been. Y’all are late.” “All I’m sayin is that Seth Rogen is lookin HOT in those GQ photos.” “I always thought Seth Rogen was hot, you bitches need him on a magazine to see that.” “calling my therapist immediately to let her know that I am suddenly attracted to Seth Rogen” “thanks GQ for this honor, I have been fighting for Seth Rogen’s hotness to be realized since 2004” “The truth is finally out, once and for all. Seth Rogen is hot, and there is nothing you can do about it.”

Seth’s not going to let the newfound hotness go to his head He’s worked hard to not become conceited since becoming one of the biggest names in comedy. “I think as you become successful and famous, gravity will pull you toward hubris and just trying to fly straight is not enough,” he said to GQ. “You have to steer away from it. Because if you just try to go straight, you’ll get pulled into it.” 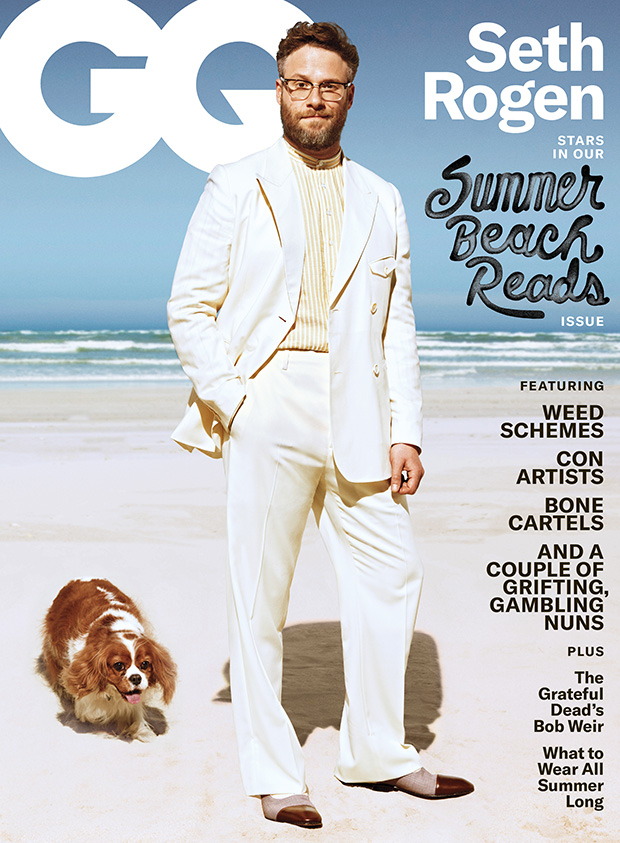 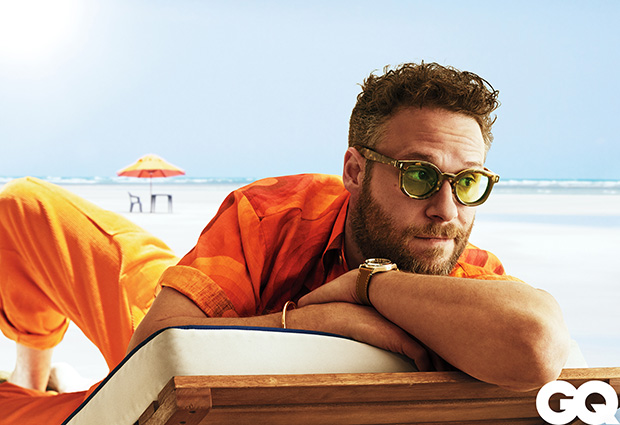 “I really always worked hard, because I recognized from a pretty young age it was one of the only things I could control,” he said, attributing his success to a “slow and steady wins the race” mentality. “Just by not stopping, I became the best one. It wasn’t this like, ferocious leap. I just kept going, and slowly [other] people stopped. Because a lot of people will stop.” Seth also spoke about how he used this strategy to recover from his biggest box office flop, The Green Hornet. “You just keep working. With the hope that in general, I will produce more good work than bad work, and that will hopefully carry me onwards.”

In addition to his new “hot” body, Seth has a new perspective on comedy. Gone are the days when he would agree to a line like “How I know you’re gay,” something his character said in The 40-Year-Old Virgin. “I’ve had people come up to me and be like, ‘That made me feel like shit when I was in the movie theater, and everyone was laughing about that.’ I don’t want anyone to have that experience watching our movies.”

Related: Seth Rogen’s Wife: Everything To Know About Lauren Miller & Their 10+ Year Marriage