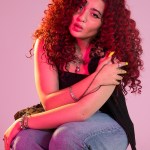 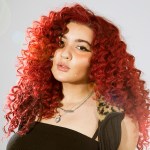 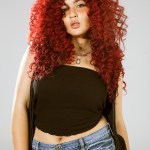 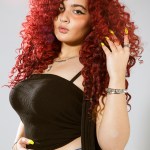 Following an epic collab with Kehlani, Dounia is giving her fans a taste of the new music she’s working on with a 4-song bundle, titled, ‘NOT GOOD FOR THE EGO.’

New York native Dounia has never been one to care what other people think, so when she decided to change up her influences in the transformative years between 21 and 22, she knew she could count on her fans to stick by her. “My last project was just very ‘party girl.’ I just turned 21 on my last project, it translated… I was doing the most and you could hear it. It was an exploratory year for me,” Dounia said of The Avant-Garden, released last November. “I’m very proud of this new project. I’m honing in on what I want to promote, and so my music is more spiritually-driven. It’s more chill.”

She continued, “I know my fans are going to love it. They loved my first project and that’s why I’m so grateful for my trajectory and my audience, because I’ve never tried to be something I’m not.” In her latest release, a 4-song bundle titled NOT GOOD FOR THE EGO, Dounia’s tracks continue to have their sick beats with a more mature, sultry sound. “I care a lot about women empowerment and women truly having an untouchable sense of self confidence. I think that’s so dope and important, and it’s what women deserve,” she said of her current lyrical influences.

The 22-year-old added that it’s been important her to be vulnerable with her fans throughout her career. “I think I’m not afraid to be vulnerable because there’s a certain level of transparency that simply comes with being a human,” she explained. “I just want people to understand that you can just be your God damn self. The happiest and most successful people that I look up to, like Oprah and fucking Michelle Obama, those are things they preach. They’re open with their stories because they know it’s more beneficial to help others with what you’ve been through. That’s what I’m trying to do.”