UPDATE: (5/21/19, 3:00 PM ET) — Cardi B’s rep tells HollywoodLife, “Cardi was overzealous in getting back to work. She didn’t take the necessary time to fully recover. Her strenuous schedule has taken a toll on her body and she has been given strict doctor orders to pull out of the rest of her performances in May. She’s very disappointed as she hates to let her fans down. She reassures them that she will see them in September.”

UPDATE: (5/21/19, 2:15 PM ET) — A representative for Royal Farms Arena tells HollywoodLife: Due to “circumstances beyond her control,” the 92Q Spring Bling starring Cardi B originally scheduled at Royal Farms Arena in Baltimore for Friday, May 24, has been postponed until Sunday, September, 8, 2019. All tickets are transferable for the new date. Ticket refunds can be obtained at the original point of purchase. Cardi’s show at the El Paso County Coliseum on May 21 has also been postponed and will be rescheduled. An official date is still pending.

ORIGINAL: Although Cardi B appears to be in tip top shape, the “Wish Wish” rapper, 26, is not feeling good, according to a new report by TMZ, which claims she’s suffering from complications from her recent cosmetic surgeries. As a result, the rapper has been forced to cancel her upcoming concert at 92Q Spring Bling Festival on Friday night in Baltimore, Maryland — an appearance she was set to headline, sources reveal. In early May, Cardi confessed to undergoing breast augmentation surgery, as well as liposuction on her mid-section.

The reported issues from her surgeries have gotten so severe, that Cardi is unable to perform at all, sources tell TMZ. Cardi’s doctors have stepped in, telling the mother of one that she needs time to allow the swelling to go down in order to fully recover, the sources explain. As for what the doctor ordered? —  A “couple” of weeks of rest, the site reports.

Cardi first confessed to getting liposuction and a breast augmentation during her performance at the Beale Street Music Festival in Memphis on May 5. She even warned the crowd that she shouldn’t have performed that day because of her surgeries. “I have some news for y’all. I should have canceled today,” she told the crowd. “I shouldn’t really be performing because moving too much is gonna f—k up my lipo. But b–ch I’m still gonna get my motherf—ing money back, let’s go!” Cardi decided to undergo the procedures after she gave birth to her daughter, Kulture Kiari Cephus last July. 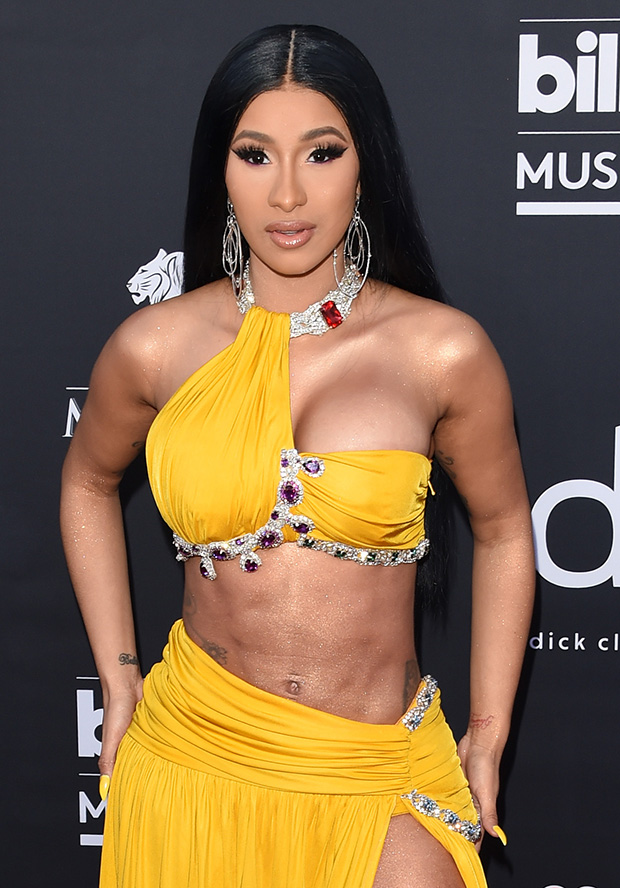 Cardi B on the red carpet at the Billboard Music Awards on Wednesday, May 1, 2019. (Photo credit: Shutterstock)

Fans of Cardi’s will know that the rapper hasn’t had an easy road to recovery. She explained her difficult post-op experience during a candid and impromptu Instagram Live video on May 13.

“But, I’m telling you guys, because b—ches think you can go get surgery and that’s it. No, you gotta maintain this sh-t,” Cardi said about her liposuction, specifically. She went on to explain the after effects of the procedure and the post-op care. “That’s why, if you look at my stomach, it looks lumpy because they have to massage it out,” Cardi admitted. “There’s like a 100 post-op appointments to smooth it out. It’s been about three or four months. I can’t wait to see the results.”

HollywoodLife reached out to a representative for Cardi B and did not receive an immediate reply. We also reached out to Ticketmaster, as well as the concert venue, Royal Farms Arena, where she is scheduled to perform this weekend.