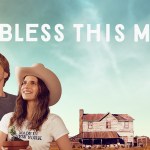 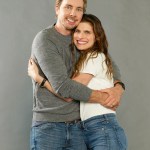 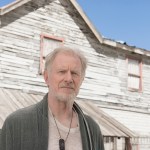 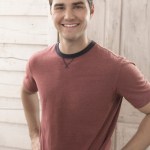 The ‘Bless This Mess’ season finale airs May 22 but the hit ABC comedy will be back for season 2. HL spoke EXCLUSIVELY with JT Neal about working with the incredible cast, how he relates to the show and more.

Bless This Mess has become one of the most delightful new comedies of 2019. The show stars Dax Shepard and Lake Bell as a married couple, Mike and Rio, who leave their home in New York to move to a Nebraska farm Mike inherited from his great-aunt. When they move in, they meet their neighbors’ son, Jacob, played by JT Neal. HollywoodLife talked EXCLUSIVELY with JT about everything from the audition process to what he’s learned from comedy greats like Dax and Lake. JT admitted that he was “psyched” about the show from the very beginning after learning that Elizabeth Meriwether was creating it with Lake. The audition process was more than a little nerve-wracking for JT when he found out he had to read with Lake for the role.

“I was super nervous to go read with Lake because I think she’s so funny and I was just really worried that I wouldn’t be,” JT said. “I went in and she was so kind and so generous and patient and let me kind of work through some bits. From there, they had me do a screen test, so I went into this room at Fox Studios and sat in the waiting room where they had a glass case full of gold Emmys, which is not nerve-wracking at all. I went in and did my reads and just waited to get the call. When I did, I almost started crying. It was the best day ever.”

JT hails from Texas so he’s had a lot of fun exploring the rural elements of Bless This Mess. “It’s been nice to be a part of a show that has characters that I relate to from my own childhood and my own experience,” JT continued. “Because I feel like a lot of times, TV shows don’t include those parts of the country or those people in those parts of the country. So to get to represent them on primetime television was really exciting for me because it’s everybody that I grew up with, and it’s my family, and all the people that kind of got me to where I am now.”

Working alongside Dax and Lake has been such a great learning experience for JT. “The great part about the both of them is that there both so quick and they’re both so well-versed in improv. I studied improv and I went to an arts magnet high school. I feel like I’m pretty quick, but they’re on a whole other level,” JT said. “So it was really interesting to kind of get to see their process and how they work through jokes. Sometimes they would stop and start and Dax would say something really funny and Lake would be like, ‘Oh, that’s great, let’s kind of run on that a little bit.’ Because a lot of times those were the moments that ended up in the show. We started with a great base material and we have the best writing team in television, I think. They set us up for success from the beginning and it only allowed us more room to grow.”

JT has always been a “really big fan of comedy” and it’s “always been my preferred medium.” He’s studied Jerry Lewis and other comedy greats from the 40s, 50s, and 60s. “Comedy, to me, is so much harder than drama because you have to deliver the lines effectively, otherwise the joke doesn’t work and ultimately the scene doesn’t work,” JT told HollywoodLife. “Whereas in drama, there’s a little bit more freedom if you’re having an off day. So I’ve learned that with comedy, it just doesn’t pay to get frustrated. There was a scene in the pilot where I was getting really frustrated because I just couldn’t get this line. The joke wasn’t landing. It was actually Dax who came over and helped me figure it out. He kind of walked me through the structure of it and said, ‘Hey, I don’t want to give you a line reading or anything, but this is a character that I’m kind of familiar with and if I could help you, I would like to.’ He did and it made it so much easier for me because once you get frustrated in comedy it’s over.”

JT has loved diving into Jacob’s life as a teenager over the course of season 1. He noted: “Jacob is like any teenager going through his own journey in finding himself and becoming the man that he’s ultimately going to be. It’s really fun because I got to kind of, I don’t want to tip the hat or anything, but I got to kind of relive my own teenage experience a little bit, figure out myself, and figuring out where I stand and what I think.” Bless This Mess will return this fall on ABC.