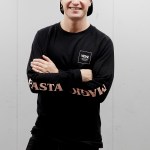 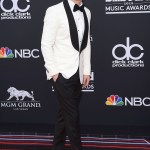 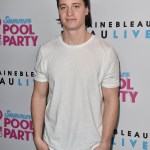 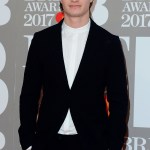 As one of the hottest DJs in the game, Kygo has no plans to slow down. HL caught up with the hit-maker ahead of his May 17 Vegas show to hear about new music, & working on the ‘Detective Pikachu’ soundtrack with Rita Ora.

DJ Kygo, 27, either has a relentless work ethic, or he doesn’t sleep. After already releasing several smash hits in 2019, including his song “Think About You” in February, as well as his Rita Ora collab track, “Carry On,” he’s not slowing down. The hit-maker has embarked on his Las Vegas residency, at the city’s Wynn Hotel, and so far – it’s held no shortage of surprises for his fans. Ahead of his May 17 show, we caught up with the superstar DJ to hear all about his new music, his energy-packed Vegas shows, and how he ended up working on “Carry On” in place of Charlie Puth for the Detective Pikachu soundtrack.

Tell me us about working with Rita Ora on “Carry On.” How did you two link up?

It was actually a funny story, I worked on the song about three years ago after getting a demo over from AFSHeeN. Charlie Puth was the vocalist for a while but the song never ended up being released, then my team sent it over to Rita who sounded amazing on it. Fast forward two years when she was filming for the Detective Pikachu movie and pitched the idea of having this song as it was a perfect fit. The rest is history.

The video is amazing. Were you a Pikachu fan when growing up?

Yes, I was a huge Pokemon fan growing up so this was very cool to be a part of.

What’s the biggest difference between fanbases in the U.S. and back home?

I have amazing fans all over the world but there’s something special about playing shows in Norway. Vegas is a completely different vibe than anywhere in the world and always brings a big party crowd!

What surprises do you have in store for those attending your Wynn residency?

You’ll have to come to a show and find out! Last week I brought some friends to sing some of our collaborations including Dan from Imagine Dragons, Justin Jesso, Parson James, JHart and Valerie Broussard.

What’s your favorite city to perform in worldwide?

There isn’t a better feeling than playing a show in my hometown of Bergen, Norway with all my family and friends in the crowd.

You brought out Ariana Grande at last year’s Coachella. What did you think of her 2019 performance?

I wasn’t at Coachella this year but I read some stuff online that looked like she closed the festival in style!

What song are you most proud of to date?

I’ve been lucky enough to work with tons of my favorite artists and incredibly talented singers. I have alot of new music I’ll be releasing soon and it’s probably one of those.

What artists are on your personal playlist right now?

I listen to everything but a few of my favorite artists right now are Dennis Lloyd, Haux, Sandro Cavazza, and Lewis Capaldi.