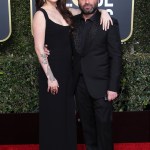 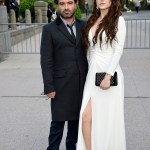 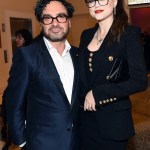 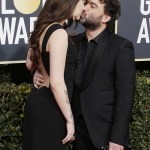 ‘The Big Bang Theory’ ends tonight after 12 seasons. Johnny Galecki, one of the series’ stars, is ‘relieved’ and ‘excited’ for what’s next.

After 12 years, The Big Bang Theory ends, tonight. A source revealed EXCLUSIVELY to HollywoodLife that Johnny Galecki, 44, is “of course sad like the rest of the cast” for the series conclusion, but he is “relieved and excited for a bit of a break.” Our source continued, “He’s been joking with friends that he’s going on a deserted island for awhile to relax and unplug for awhile. He even expressed that he’s not sure what he’ll do with the free time that’s going to happen with the show wrapped and waiting for the baby to come.” Johnny has much to look forward to – he and his girlfriend, Alaina Meyer, are expecting their first child together.

Our insider revealed that while Johnny loved the show, he’s excited for what’s next, due to the “rigorous schedule” of The Big Bang Theory. “He’s totally open and will do another full time TV project again, maybe even with The Conners, but is going to enjoy this break first, even if it’s short lived.” Johnny is considering returning to the ABC sitcom, which is a spin-off of Roseanne, in which he portrayed David Healy for 93 episodes. Johnny appeared in two episodes of The Conners in its first season last year.

“He doesn’t want to be a series regular but he would really like to be in the thick of things as the show continues,” our source continued. “He is very much willing to be a part of whatever they have planned for him because that show and the Roseanne show and everyone there are family to him and are so important to him. He always has a part of his character David Healy in him at all times and he only has a great time on that set. Its an important part of his life that he will be happy to continue on his own pace. All they have to do is ask and he will be there.”

The Big Bang Theory coming to a close is a major end of a chapter for the ensemble cast. Turns out, another source revealed EXCLUSIVELY to HollywoodLife that it could’ve continued if Jim Parsons, 46, were game. “Most of the cast would have continued with the show if Jim Parsons hadn’t decided to want to leave,” our source said. “They were actually all in discussions for season thirteen before Jim made his decision to want to leave outright. Jim wanted to do other things and that was the main reason he wanted to stop The Big Bang Theory.”

The rest of the cast, according to our insider, would be willing to return to the show in the future. “If Chuck Lorre [creator and producer of The Big Bang Theory] wants to get the band back together, mostly everyone will do it,” our source added. “It would take a lot of convincing to get Jim back in the fold as he would like to work with everyone again on different projects, but most of the cast would highly consider doing the show again years from now in a reboot setting even if it was a limited run.”